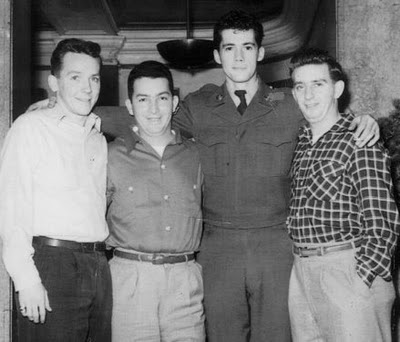 My father, in an undated photograph taken at the Casey Inn, wearing his U.S. Army uniform.

Both "Albert Boys" served their country with honor. My mother tells me that my father saw combat injuries that were nothing short of horrible during his service. It impacted him for the rest of his life.
Created By Stephen Albert at 4:01 PM

Email ThisBlogThis!Share to TwitterShare to FacebookShare to Pinterest
Labels: Family