From Russia, with Vitriol

I saw a graphic similar to this in one of my Facebook groups:

I believe that it was actually taken down after myself, and several others complained.

So, why did I complain?

First, the group in question is about anthracite coal mining.  Not politics.  Not the NFL.  Not patriotism.  Not the president.  Not Joe Biden.  It is about, for me, a subject that I have had an interest in for most of my life. 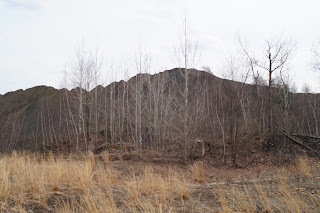 (photo from the site of the former Hughestown Breaker)

Sadly, I am sure this kind of stuff creeps up in other groups as well.

Second, there is actually zero.point.zero connection between NFL players and 9/11 first responders.

Third, this has all the hallmarks of being a part of the Russian campaign to just generally destabilize the United States ahead of the November 3rd general election.

I will note that I find people who are preachy distasteful, but I'm going to do it myself anyway:  Don't fall for this nonsense, and when you do see it and call it out for the Russian garbage that it represents.

You can greatly admire the first responders on 9/11 and find the "taking a knee" protests by NFL players inappropriate.  I do the former, but not the latter.  They aren't, however, even remotely connected.  The 9/11 first responders didn't rush into buildings because they were patriots...they did it because that was their job, and they are heroes for risking their lives as such.  Conversely, it's my opinion that NFL players who "take a knee" are not unpatriotic; heck, you can make the argument that protesting in order to make the United States a better place is an example of patriotism at work.  You can also disagree with me about the NFL players, but you can't disagree with the ridiculously disjointed nature of the graphic.

Regardless of who you support in the November election, no one is well served by playing into disinformation campaigns created by enemies of this nation.

We should be smarter than this.

Created By Stephen Albert at 12:22 PM No comments: 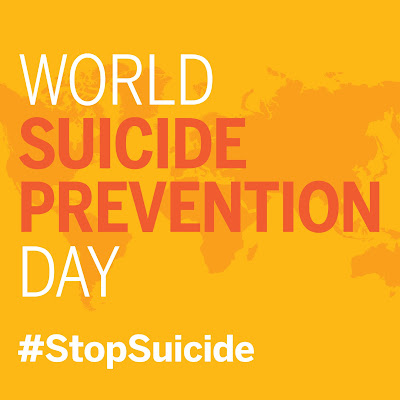 After a certain age, you get the benefit of looking back at your life and you're able to see those points where events touched you down to your deepest core.  These are places where you mentally and emotionally have nowhere to run, and nowhere to hide.  Thinking of my own life, there is no better example of this than having experienced people close to me attempt (and in one case succeeded* at) suicide.  At these points, well, life lays you bare.

I can't speak as someone who has attempted suicide myself.  That's just not part of who I am, regardless of what I've had to face in life.  I suppose that's a good thing, however, every now and then I do get thoughts of "well why me?", where I wonder why this gift (if you want to call it that) wasn't shared with some important people in my life.  It almost becomes hallow in a way, a form of survivor's guilt that while bad, is clearly better than death.  Put another way, it's as if I can intellectually understand why people attempt/commit suicide, but I can't feel why they do it.

None of the above is an attempt at requesting pity or creating a moral equivalency between the "here" of being impacted by suicide vs. the "there" of actually committing the act.  In point of fact, I get to write this posting but yet, for example, my brother isn't around to read it.

All I can speak to now is what I've experienced and what I've tried to learn over the years.

Speaking of experience, there is nothing that can prepare you for that first call of "This is ____________ your ___________________ attempted to harm themself..." (or words to that effect).  Enough times and you become numb to it, which is its own special form of punishment, once the guilt at becoming numb begins to set in.  No one should ever treat an attempt at suicide as being anything less than the life-altering event it actually represents.

Experience noted, what have I learned over the years?  A few thoughts:

Lastly, and at the risk of sounding a bit more preachy, I'll add this: YOU ARE NOT ALONE.  Whether the "YOU" is someone experiencing suicidal thoughts or someone who has just such a person in their life, the biggest lie of suicide seems to be the idea that "no one can understand how I feel".  While that may be true on one level...no one can ever literally climb into another's head and experience their life from that perspective...it is patently false from another, namely that a 100% 1:1 connection on an emotional and experiential level is not required for successful mental health treatment and wellness.

So please, if you read this and know of someone struggling with significant mental health issues, try to help.  See below.  If you are struggling to deal with the aftermath of suicide, know that you're not alone and that there is help for you as well. 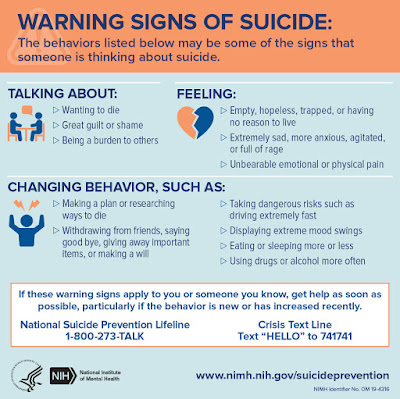 Life is worth living.

Left Behind After Suicide

(*) "Succeed at suicide":  The irony is that the only successful suicide is the one that fails.

Created By Stephen Albert at 2:46 PM No comments: 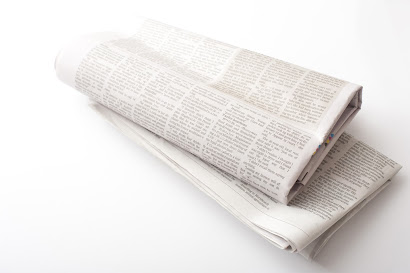 The Scranton Times posted an editorial on August 29th regarding the legalization of recreational marijuana use in Pennsylvania.  You can read the editorial at the following link:

If the link doesn't work/is behind a paywall, well don't worry, as you're actually not missing much.  Basically, the newspaper makes the point that Pennsylvania Governor Tom Wolf's proposal for the legalized recreational use of marijuana should be debated by the legislature.

What definitely can't you read on-line?  That would be my comment regarding the editorial because The Scranton Times would not publish it.  I'm not sure why; my best guess is that they are using some kind of AI to screen postings based on keywords, and I must have flipped the switch.  That facet of this story is more interesting from a process/technology perspective than anything else.  Part of me can almost envision the Asian technology services company selling the newspaper's leaders on this incredibly smart AI cloud-based comment screening software that would be "foolproof" and save them money.  Based on my comment, well, it may not be so foolproof after all.  In any event, that ball-o-thought is noted below.

(1) Personally, I think using marijuana is pretty damn stupid unless you have glaucoma or your chemotherapy causes you to lose weight (and you actually need a case or three of the "munchies"). Again, just my opinion, but intentionally getting high is a sign of personal weakness and an inability to deal with the real world. I'll note though that I feel the same way about those who constantly get drunk, something for which NEPA has a well-earned reputation. Simply put, it seems to me that marijuana use probably isn't all that worse than drinking alcohol (and for the record, I don't do either).

(2) The editor(s) mention tax revenue when comparing to the legalization of marijuana to gambling, but they miss a central point: Gambling revenue was supposed to measurably reduce property taxes. Instead what actually happened was that gambling revenue more or less became a kind of slush fund that allowed politicians to sponsor local projects, etc. Granted that some of this work was needed, but gambling wasn't sold to the population as a way to fund parks...it was sold as a way to reduce taxes. I'm not going to touch the issue of property tax rebates, as while getting a rebate is great, in reality, it's just a cynical ploy for politicians to say that property taxes are being reduced when in fact they are not*.

I do worry about the recreational use of marijuana.  As noted above, I get that it's probably not worse than alcohol, but that's a thin argument to make for legalization.  There is also an admittedly selfish component to my thoughts about legalization:  Honestly, I find the smell of it repulsive.  I can see the day when just walking down the street my nose might be assaulted by the rancid stench.

A bit more seriously, I had (emphasis on "had", as in past-tense) a brother who suffered greatly from substance abuse issues, which ultimately cost him his life.  Now I don't necessarily buy into the gateway drug argument against marijuana, as by that logic, smoking cigarettes could also fall under that category.  What I do wholeheartedly believe though is that substances designed to do nothing other than temporarily alter reality actually serve no useful purpose in life.  You see, that's the thing about altered realities:  They always lose to, as referenced in the play Rent, "actual reality".  For some, that notion of a temporary-but-altered reality is good enough.  The problem though is when the altered reality becomes so much more preferable than the real thing.  Having yet one more roadway into the temporary realm of unreality doesn't help society.

In the end, I suspect it is inevitable that marijuana use will become legal in Pennsylvania (and eventually the entire country).  Fast forward a few years after that and the campaigns against buzzed driving will start in earnest, along with additional resources to deal with the psychologically addicted.  It will be a movie we've already seen time and time again under the title of alcoholism.  This is basically a slow-moving train to nowhere, with the only real beneficiaries being those who find a way to legally monetize temporary excursions into the land of make-believe.

Created By Stephen Albert at 9:02 AM No comments: