What I Learned from Watching 3 Hours of Old Cigarette Commercials

Being something of a knowledge junkie, I wanted to better understand how tobacco products were sold over the years.  Enter YouTube, and after about 3 hours of videos, I've come to some conclusions.  Some of these are serious, some are stupid, but so be it...you've been warned. 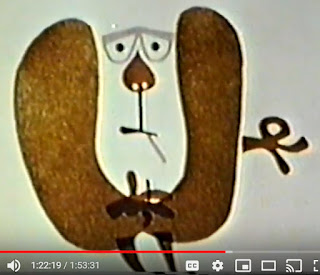 Before I get to the list, I do want to make an important point:  Smoking is an incredibly stuping thing to do.  If you smoke, I really and truly wish you would stop.  Honestly, I do.  It's a truly senseless habit:  It costs a lot of money, it smells...and makes you smell...bad, it's basically a delivery mechanism for a highly addictive drug and it can kill you in ways that are just ridiculously horrible (citation HERE).  By any objective measure, smoking makes absolutely no sense.

Oh, and by the way, the argument that "well, it's no worse than obesity" doesn't fly here.  Why?  Obesity, while dangerous, represents an excess of something all humans need...food.  Yes, the worst food has some nutritional value, even if that's to provide basic calories.  There is, however, absolutely zero redeeming value in smoking.    Again, please stop smoking.

Too harsh?  Too snarky?

Probably yes on both counts.

If this offended you, well, you can get even with me by kicking the smoking habit.  Deal?
Created By Stephen Albert at 9:40 PM No comments:

In fact, I think the last board game I played may have been in 2015 when I intentionally lost in  Monopoly to my younger stepson.  I'm sure this causes all measure consternation among my wife and her family, all of whom are up for all manner of gaming.  It was not always this way.

Growing up, I had three brothers (and we are all a year apart...Rich, Steve, Chris, and Joe).  Given that crew, games such as Monopoly and Life weren't all that uncommon, along with the odd card game of War, what passed for Poker (in our minds) and probably other things I am forgetting.  Back then, I felt an intense need to win.  Maybe having fun was part of the supposed reason for playing, along with keeping young boys busy, but that didn't occur to me.  No, it was about coming out on top.  It was about beating my brothers.  That was my mission, and as I recall, I was fairly successful.

When I think about the paths we (my brothers and myself) have taken, that "have to win" mentality certainly played out for me time and time again.  Whatever and whenever my brothers had something I didn't, well, it irked me.  I was losing, and I needed to win.  Granted, having something of a long-term view of things helped me in all of this, as I didn't feel compelled, for example, to boost a 7-11 in order to get the money to get a better car than Chris' early 80's Plymouth Arrow.  But it still stuck at me nevertheless, and I knew I had to...and would...win the car game.  Just like Monopoly.

Reflection and insight have taught me that I was actually competing against myself, against my own sense of having to win...of having to be "good enough".  A stern self-judgment holds no quarter.  At least not in my head.

So, one of the casualties of it all has been my disdain for anything resembling competition.  There has been a notable exception in that I played on an ad-hoc trivia night team, but even then I could feel the intensity of the competition.  I had fun doing that, but it did remind me of so many competitions of the past.  And I secretly (well not secretly anymore) loved it when our team won, which it did from time to time.  For the record, I never would have played trivia without the invitation from a former co-worker, and I am grateful to her for the ask.

Where does this leave me?

I'm still not going to play games.  I'd play trivia again, but that's about it.  At least for now. Maybe one day I'll be able to actually play a game for the fun of it.  Granted that may have to be with grandchildren, but that does give me something to look forward to.

Created By Stephen Albert at 9:56 PM No comments:

Note:  I was actually thinking of the Motley Crue song (as odd as that sounds) when I came up with the title.

As I’ve noted here in the past, every year I set some goals for myself.  Some might call these new year’s resolutions, but I've never thought of it that way.  Rather, I think everyone should always have some set of goals they are working towards, be they simple or complex.  There’s just too much of life to be experienced, and documenting the steps involved in that experience only makes sense.

Anyway, as I began thinking about what I wanted to accomplish in 2020, I decided to learn about some of the best practices for setting personal goals.  That turned out to not be all that helpful.  For example, there’s some decent thought out there that says we should only set no more than 3 goals for ourselves at any given time.  That’s something which simply doesn’t work for me, in part because my thinking and interests can be so divergent, that I could never come up with just three.  However, I did settle on “three” in a sense:  I broke my goals up in the three categories:  Personal, Professional and Home.  From there though, there was no limiting things to just three.

In another vein, I am reviving a practice for 2020 that I had many years ago, namely that of setting a theme for the year.  This year, the theme is “Creating a New Normal”.  That’s an important idea for me, as it seems like the past 10 years of my life have been just been a rolling series of upheavals and dramatic change, far from anything that would seem like “normal”.  Sure, there was plenty of change in the pre-2010 world as well, but things over the past few years just seem like they have gotten particularly out of hand in that particular (change) department.

So, what am I planning?  Well, there’s some usual stuff…
…lose some weight
…read more books (I read a lot, but I sometimes lack the focus to devote to whole books)
…many projects around the house (such as creating a walk-way to our garage)

There are also some new things on the list as well, such as decluttering my vast store of stuff*.

Some of the goals are simply reminders to take the time to do things I really enjoy, such as photography. 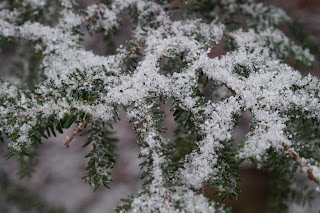 Mostly though, the goals are a kind of reminder that, since there are a lot of things outside of my control, it's important to focus on those things where my reach does not, in fact, exceed my grasp.

(*) For example, I have every work performance appraisal I have received since 1989.  Why do I need to keep that?

Created By Stephen Albert at 9:30 PM No comments:

Email ThisBlogThis!Share to TwitterShare to FacebookShare to Pinterest
Labels: Me, Miscellaneous

The Interesting Life of Rudy Giuliani

Rudy Giuliani has been in the news quite a bit over the past few months, and none of it has been all that flattering.  In a way, he’s a modern-day tragic kind of figure:  Going from “America’s Mayor” in New York City during 9/11 to now someone more known for outrageous statements to the press and seemingly shady foreign dealings.  With that noted, here are some facts about Rudy Giuliani, most of which are actually true.

(*) Actually true; see links for references.
(**) Not actually true, at least as far as I know.

Created By Stephen Albert at 7:40 PM No comments: