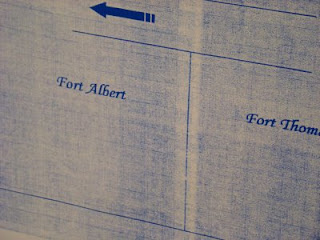 (The picture is from work...our Halloween Decorating contest to be specific)
Now I'm not working today, but that didn't stop the biological clock from getting me up at work time. Not that I'm complaining too much, as I've already gotten a few things done this morning, and it's not quite 9am yet. I actually did sleep very soundly last night, without even the benefit of any kind of augmentation. I don't normally take something to help me sleep, but once in a while when I feel like I want that "comatose" kind of sleep I will; for whatever reason that wasn't required last night.

In the dreams department, I had this strange one that involved the person to whom my boss reports, Sandy; it seems that she was now the manager of the local Big Lots (cheap-assed) store, and I was there to help her in some way. Strange days in deed, most peculiar momma.

As noted above, today is a day off...the first of 12 I need to take by March 31st. Why? Because where I work (big financial services company that rhymes with "udential") you can only carry-over unused vacation time to March 31st of the following year. Because of this massively complex project I was working on this past year, I had something like 11 vacation days that I scheduled that I could not use; ultimately this resulted in my carrying so many days over. The good news is that I've already got the time off scheduled through March, so nothing will be lost.

Anyway, as I mentioned above, I already have gotten a few things done today, including paying all the due bills. This month marked my first bill for the dental implant. Since the dental insurance, in it's infinite wisdom, decided not to cover the implant, I had to finance the work. The interest rate I got was pretty good, so over the next five years I will be paying for the screw and tooth. I don't mind, as the implant should last forever.

Today I've got some running around to do in the morning, and then I think I'll be cleaning the refrigerator out this afternoon. It's a dirty job, but the best time to do it is in the winter, as I can just move things outside as I wipe down the shelves, etc. It's also an excuse to throw out things like yogurt that expired six months ago. Amazing in that I live with more than a few others but yet I'm the one who ends up doing this kind of thing. Just a personal quirk I guess in that there's only so much filth and disorder I can stand; the others in this household, as I've learned over the years, have a much higher threshold for this sort of thing than I do.

Well I have to get a few things filed and then it's off to the bank.
Created By Stephen Albert at 8:34 AM