This is a busy place.  With more bikes than people, transport in Copenhagen takes on a serious tone as you're driving down the street, a game of Frogger on a grander scale.  This is also actually far bigger place than a one day stop can give it justice, and if I ever come back to Europe, this would definitely be worth visiting again.

While it's easy to appreciate the beauty of an old city (more on that in a moment), it's also worth remembering that this is still a western city, which means Circle K gas stations, more McDonald's that are probably necessary and, as we saw in Norway, 7-11 quickie-marts.  Then there is the basically ugly, more modern architecture... 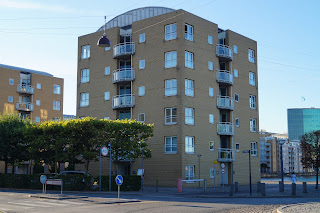 (Apartments or military barracks?  You decide...)

...that we all know fills a need and is practical, but yet seems out of character in a beautiful city like Copenhagen.

Now that I've gotten that out of my system, we did see some truly beautiful stuff today, most especially the Roskilde Cathedral of the Danish national church.  This building dates back to the 1100's; more information on it can be found HERE. 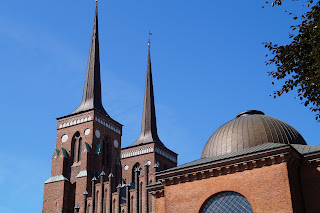 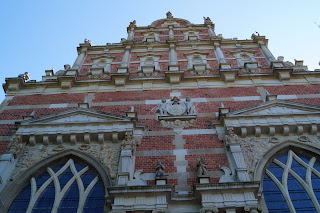 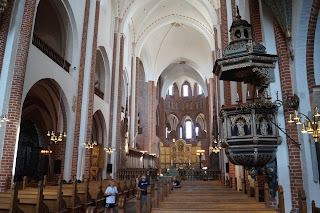 We also spent time at (another) Viking museum, this one also in Roskilde.  The chief attraction of this particular museum was the remnants of 5 Viking ships that were recovered and restored (well, what was left of them) from the inlets near Copenhagen. 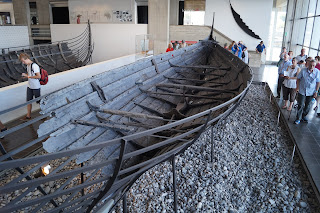 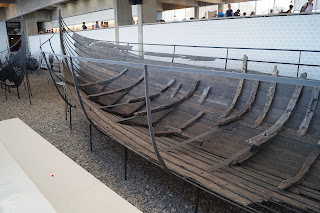 Finally, in service of the fact that it's just a cool picture, I caught a seaplane landing this morning not far from the ship. 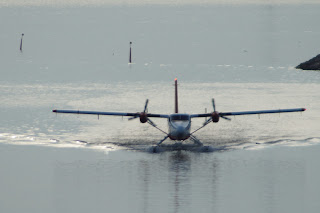 Tomorrow we arrive in Germany for the day.  I'll try and remember a few words from Jr. High German class.

A word about pictures:  I'm posting additional pictures on Facebook, for non-public view.  Let's connect if I know you in real life and you'd like to see these photos.

Created By Stephen Albert at 1:44 AM