At the Port of Stockholm

Prior to July 28th, I had never taken a vacation this long (in this case, 16 days).  I had also only barely left the country (sorry Canada, but you're basically a big...and nicer...version of Minnesota).  Since July 28th, I have:
The list could go on, and on, and on, but I don't get anything out of boring others or myself, so I'll leave it at the four items above.  Suffice to say, it's been a long and sometimes strange trip.  I'm grateful for the experience (more on that in a future posting) but also glad to be going home.  I have some business there to attend to for which I am glad to report I have some new-found clarity.  Anyway, on to some pictures.

Stockholm
Pictures of Stockholm, both from the ship and from our walking about the town. 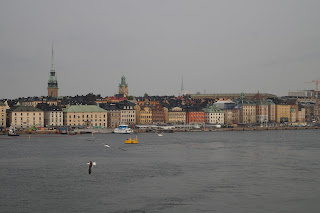 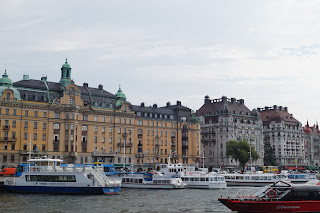 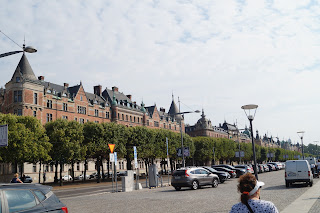 Stockholm is a beautiful city, a place where you can walk down just about any street and see a magnificent older building.  This is a place worth visiting.

Vasa Museum
You can read more about the Vasa HERE. 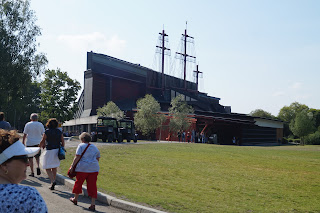 (The exterior of the museum) 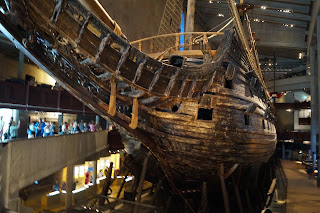 (The bow of the Vasa) 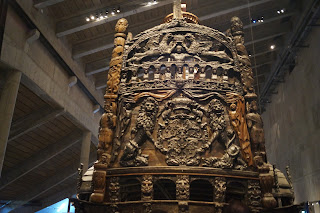 (The stern of the Vasa)

ABBA Museum
A fitting coda, at least for me, to a bucket-list trip. 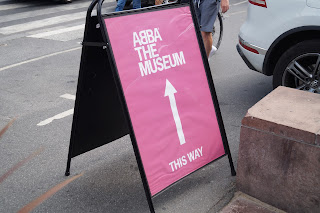 Okay, I confess:  I didn't take any photographs at the museum.  Basically, I don't think they wanted visitors to take pictures.  You can learn more about the museum HERE.  This place is worth visiting if you are an ABBA fan.  If you're not, well, go next door and enjoy the amusement park. 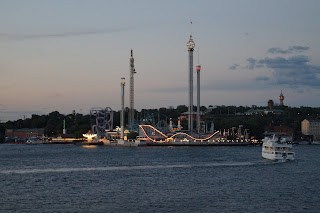 Observations:
Soon the very the long trip home begins.  We'll be moving backward in time by 6 hours, so while leaving Stockholm at 2pm, we will magically arrive in Philadelphia at 7pm (ish) after many more hours in transit.  Hopefully, the trip will be more comfortable than what we experienced coming out to Bergen.

Finally, I wanted to say thank you to all who took the time to read these dispatches from the field (if you want to call them that...) and provide me with feedback.  This really wasn't work for me, which does beg the basic question of why don't I find a way to do this for a living if, in fact, I enjoy it so much.  That's a bigger question for another day.  Anyway, my plan is to package these postings, along with some photographs and other assorted paraphernalia, into something of an album.  Something to give a certain dimension to the memories that will no doubt grow foggy over time.
Created By Stephen Albert at 1:00 AM