Off the coast of Denmark

Today's stop was Aalborg (also spelled with a single 'A', if there is a halo over it), but that doesn't really tell you all that much.  In reality, today was basically "All things Viking" day, as the day was spent, well, learning about the Vikings.  Right off the bat, I'll confess to having no special love for, or particular interest in Vikings, be they from Scandinavia or Minnesota.  I just don't think about them all that much.  This noted it was interesting to visit a Viking village, a Viking fortress and a Viking graveyard.  I even got to sample Mead, which basically tastes just like honey-flavored cough syrup.  Given the fact that, back in times past, streams were also used as sewers, drinking Mead was probably far safer than actually the water.

So in keeping with "All things Viking" day, here are a few photographs. 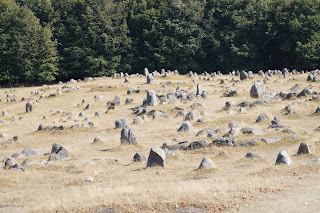 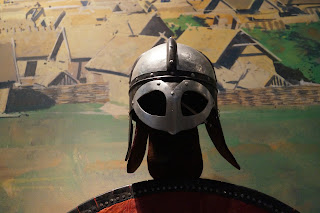 (An actual Viking helmet; in reality, they didn't have horns) 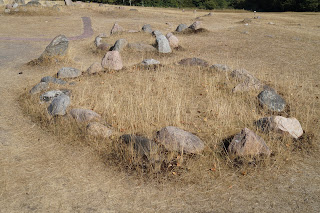 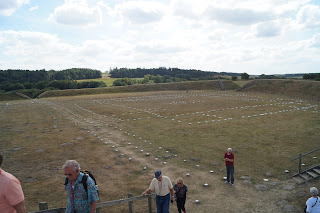 (The remains of a Viking fortress)

The pictures don't do what I saw justice, and there is something on the wonderful side about having a graveyard basically intact from around 900 A.D.

On an unrelated note, one fun (well at least for me) thing I've been doing is taking photographs of interesting ships and then researching them online.  The size and variety of ships is actually kind of astounding, and I think about how cool it could have been to perhaps work on a ship.  I know just how pitiful that sounds.  Anyway, what wasn't pitiful were some of the views from our ship. 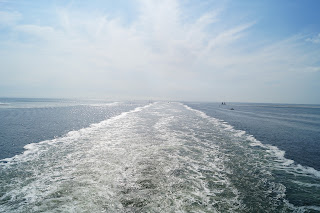 (View from the stern, heading to Denmark) 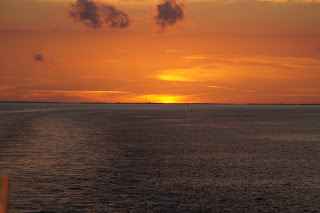 Tomorrow we are in Copenhagen, which I'm really interested in seeing, if only for the architecture.  A splendid time is guaranteed for all.

As what seems to be a custom, I'll end this posting with a few observations:
To that last point, here's your long-distance dedication.

Created By Stephen Albert at 2:10 AM