I expected Helsinki to be, well, bigger.  You hear about the city in the news of the world all the time, but when you get down to brass tacks, it's a city of little over 600,000.  Like Tallin, it's impeccably clean and cosmopolitan.  I'd best describe it as being, well, nondescript.  First thing in the morning we went down to the harbor market. 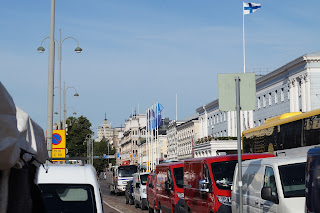 (Near the Harbor Market) 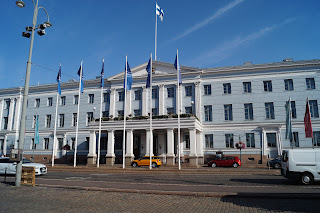 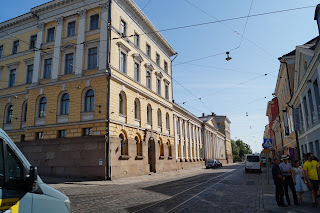 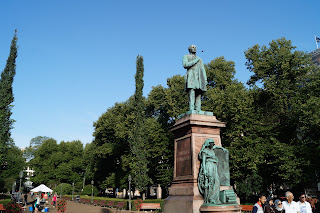 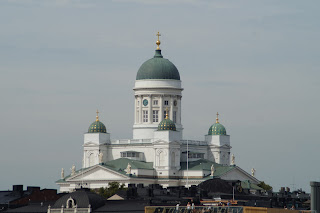 (The Cathedral of the Finnish Lutheran Church)

In the afternoon we were on a small boat cruise of the waterways around Helsinki. 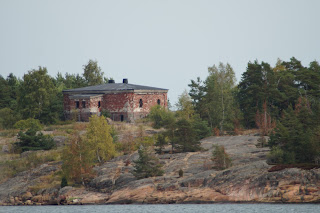 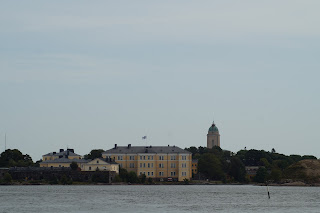 (A complex on one of the islands) 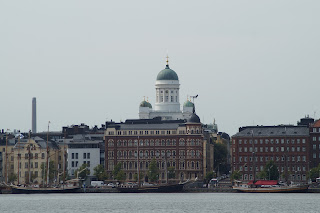 Finally, a few shots from the trip out of the Port of Helsinki. 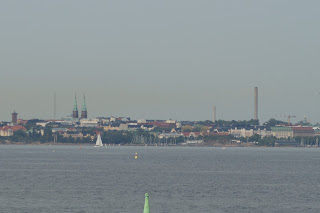 (Basically the Helsinki skyline, all be it from pretty far away) 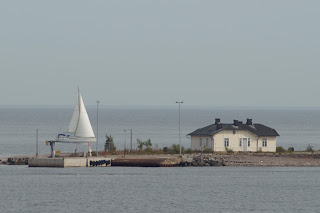 (On one of the many little harbor islands)

Tomorrow is our final stop, Stockholm.  This is a place I've always wanted to visit, literally, since I was a teenager.  It's the "bucket" in "bucket list".  Stops will include the Vasa and the ABBA museum.
Created By Stephen Albert at 2:37 AM