On the Baltic Sea

Today is a day at sea, as we travel from Poland to Estonia.  This may seem boring to some, but not to me when I think back to my childhood in the Midtown Apartments, as this is truly a world apart.  Make that an incredible world apart, as in I never dreamed as a kid that I would be making this kind of journey.  There are a few lessons in that thought, none the least of which is a hearty reminder that where we are is never the same as where we will one day be.  By the way, for the benefit of the curious, here is that last phrase ("where we are...") in Polish:

On second thought, try saying that at all.

Speaking Poland, as we were entering the harbor at Gdansk, one of our ship's identical sisters was leaving port.  Here she is, the Viking Sun: 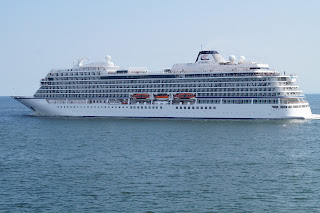 Also, as I reflect back on Poland, it's somewhat disappointing that we didn't get to experience more of the city's recent history (i.e. the Solidarity movement).  Apparently, there is a museum dedicated to Solidarity, but it was not on our itinerary.  What's more, we actually drove by the shipyards where the famous strike(s) took place and, well, they basically just look like a run-down industrial complex (as opposed to a place where Communism was punched in the gut by a bunch of brave shipbuilders). 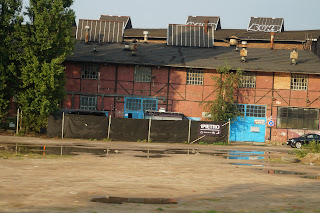 (Where Lech Walesa worked; with apologies for the "bus shot")

Getting back to today, well, it was nice to have something of a break.  I actually took about a 30-minute nap (something of a rarity for me) and we spent some time at the pool.  Dinner was at the fancy Italian restaurant onboard, which I have to admit was pretty nice. 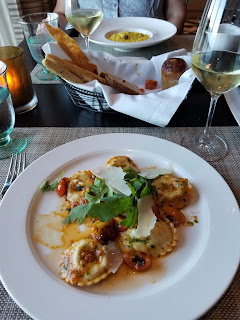 (Fancy dinner; I started eating mine before realizing that I should take a picture)

In terms of actual photos to share, well, the offerings are somewhat limited to clouds and then more clouds. 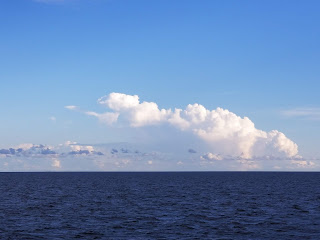 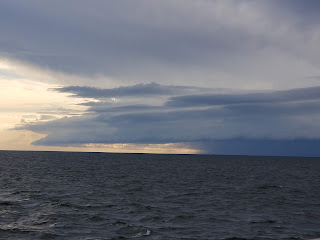 Views 1 & 2 were taken at the same time.  That's one of the wonderful things about being a sea:  You have this wide expanse to view, and each direction could hold something completely different. 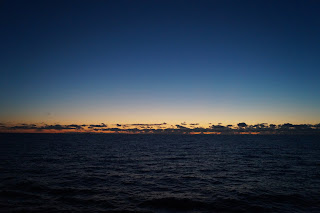 The first two views were taken with my cell phone (a Samsung Galaxy Note 8), and the third with my Sony Alpha A58.

I had to Google the whole port vs. starboard thing.  Normally I am pretty good at knowing my surroundings and just generally finding things.  You might think that's a good thing, and perhaps it is in some respects, but it's roots are far less kind:  I've always had an intense need to be in control, mostly born out of an upbringing where that's how I was able to cope with reality (unpredictable parenting created a need/monster for predictability in other areas of life).  Anyway, being on a ship has been somewhat disorienting from a directional perspective.  Fortunately for me, Ms. Rivers seems to not suffer from this kind of impairment.

Tomorrow, as noted above, we are back in a port, this time Tallinn, Estonia.  It looks like a beautiful place.

As far deep thoughts, snarky comments or insightful ponderings go, I don't really have all that much to offer.  The trip now seems as much to be as much a marathon as it is a bucket-list fulfilled.  I know this ends next Saturday but until then I'm going to continue to thoroughly enjoy the run.

On a final note, we head to Stockholm by the end of the week, where we will visit the ABBA museum.  Couple that with the Napoleon documentary we are watching before bed and you get the perfect segue:

Created By Stephen Albert at 2:04 AM