I've made a vow to myself to do more relaxing things, such as taking photographs.  To that end I ventured off the road last weekend, just a little, when the Susquehanna was nearing its crest. 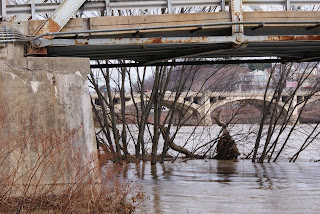 The bridge is between Pittston and West Pittston (I think...my "Greater Wilkes-Barre" geography is no where it should be). 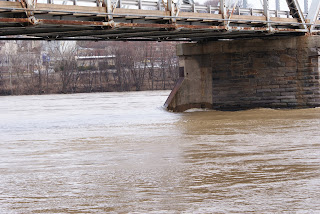 The water was moving very fast, although it didn't really smell, which was somewhat unexpected. 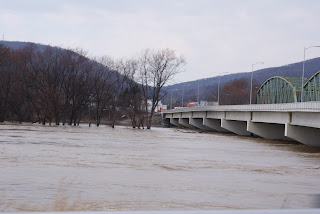 The bridge above was a bit further down-stream, with apologies again for my lack of Hayna Gulch geographic knowledge.  Good thing I am receiving something of a tutorial on all things "greater" Wilkes-Barre. 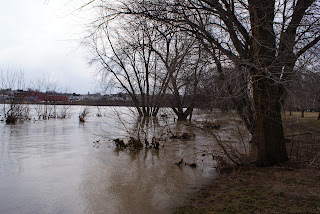 What was neat was that in West Pittston (I think) it was relatively easy to get right down to the river.  Having never been this close to a rising river I wasn't sure what I'd see...body parts...old cars...copies of Gov. Corbett's budget...but to my surprise it was just flowing brown water.  Oh, and a lot of mud.

All told, it sounds like the damage this time around was minimal.  This is a truly good thing.
Created By Stephen Albert at 9:27 AM