When the rubber hits the road 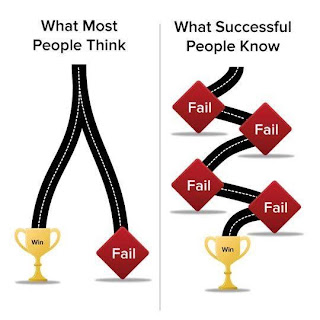 For the record, there is a big difference between being "inspired" and "actually doing the stuff"...better known as that space where the rubber hits the road.

I tell myself all the time that life truly is a journey and that it's not the destination that matters.  Easy thought, difficult implementation.  Rather ironic, given my pending circumstances.  Anyway, in my defense, I have to confess that the philosophies of which I read and attempt to partake were not a part of my life during the formative years.  Where you define "formative years" as being basically until about age 45 or so.  A little late to the game?  I suppose.

I could blame my upbringing, but in complete fairness, my mother did a damn good job given the circumstances.  My father?  He simply wasn't there, and while many blame absent parents, in totality I'm probably better off, given my father's many demons, that he in fact wasn't there.

I could blame a whole slew of poor choices on my own part.  However we all make poor choices some times.  I've also made some damn good choices too.  On balance, I'd say that, in fact, I'm probably ahead of the game in that department.

Maybe a way to look at all of this is through the cold lens of a business person.  I claim to be one, so that's actually fairly reasonable.  By this measure I'd say I was doing okay.  I earn a good living.  My children are all either college educated or working in that direction.  No one I know is in jail.  None have Crystal Meth addictions.  None have joined religious cults (unless you call "Canada" a cult).

So why do I still get so distracted by so many little things?  Why on Earth do I still feel so compelled to be brought down by things that are, on balance so insignificant?  Hell, the things that were so largely dwelling as worries in my head a year ago have mostly evaporated.  Wow, they must have been important (sarcasm is a difficult thing to impart using the written word)!  I really, truly do intellectually understand the notion that I shouldn't be dragged down by some things, yet I fail when it comes to the actual implementation.

I really, truly don't know.  I wish I knew, but I don't.  I suspect that the very best I can do is to continuously try...try to maintain perspective...try to learn from the lessons life offers all the time...try to maintain my composure when emotional gravity hangs over my neck like a 500 pound anchor.  Note the last one.  Yes, it may look as if I am always so very well composed, but looks are deceiving.  I'm just as messed up as the next guy; my skill is that I'm better than that next guy at not letting it show.
Created By Stephen Albert at 9:33 PM