In NEPA, how we treat our rivers says a lot about how we view ourselves

We were driving through downtown Wilkes-Boro the other day, in route to Staples to pick up some boxes for my unending process of cleaning, packing and (hopefully, eventually) moving.  Heading over the Market Street Bridge and spying the Hotel Sterling, I was once again amazed at the fact that here was prime real estate sitting along what could be a scenic river and it was a occupied by a building that is basically just a petri dish for mold.  Very sad.

In fact, as you drive up and down the frontage that towns have along the Susquehanna River it's not difficult to be amazed by how beautiful it could all be.  Then, of course, I remind myself that not that long ago, the river was basically viewed as being some combination of toilet/industrial waste disposal facility.  With this in mind, a decrepit and decaying hotel is, probably, par for the course.  In fact, it's probably a decent avatar for a river is the equivalent to a 55 year old Meth-head. 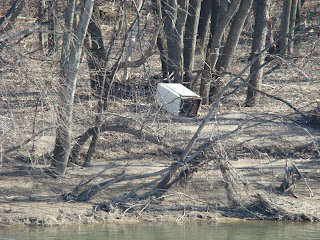 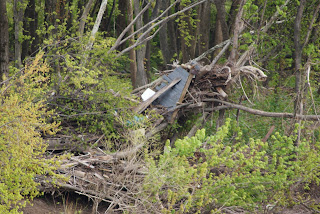 Now to be fair, this isn't just a problem in "Da Valley", as Scranton is (in)famous for treating the Lackawanna River like a toilet for decades a well.  Personally I think it's all part of an attitude that is still somewhat prevalent in NEPA today, where many residents simply don't really care what happens around them, just as long as "they got theirs".

Got that good job at the Da Depot?  Score!  Who cares if [insert name of convicted NEPA politician here] was ripping the tax payers off!

Got your uncle on the School Board and now in line for a teaching position?  Excellent!  Who cares if the river stinks of benzine and feces!  It's "down there" anyway!

It's as if local residents had their brains permanently switched over to survival mode, and just as long there was money for a decent car, some Genny in the fridge and a mortgage payment for that former miner shanty, all was well in the world.  It's the modern day equivalent of Bread and Circuses.

It doesn't have to be this way, and slowly some attitudes are changing.  River events happening throughout the area (like THIS) actually mean that some people see these natural places as resources, and not just for industrial and human waste disposal either.  A younger generation, maybe not quite so indoctrinated into the "turn a blind eye to what the Man is doing just as long as you get yours" philosophy of life, may yet see the rivers as a place to go to, not avoid.

I also think there are some common sense (but because of politics probably unlikely) things that governments can do in NEPA to help transform our river-scapes:

The Hotel Sterling's property should be an incredibly valuable asset.  Why not? It's prime real estate sitting along a major river, which is most places in this country would be a good thing; the fact that it's not speaks volumes for the work that is still to be done in NEPA.
Created By Stephen Albert at 7:55 AM