Like many, I'm captivated by the words and actions of Pope Francis.  He is unique in so many ways, someone who truly seems to call to people, regardless of their background.  Sadly though, he is setting a standard for future Popes that I'm afraid most will never live up to.

What do I like best about Pope Francis?  Without a doubt, it's his humility.  From downsizing this living arrangements in the Vatican, to a simpler Papal throne and personal cross, to riding around in a common Fiat, this a man who clearly understands that in order to preach humility one needs to actually be humble.  That's a rare thought for a church hierarchy which tends to wear clothing costing more than the annual earnings of many African families (reference HERE). What's even more astounding is that Pope Francis manages to be so very likable and yet still more or less very conservative from a theological perspective.  That's a lesson that I think many in the (American) Republican Party have yet to master, namely the art of having convictions but being able to present them in a way that doesn't come across as being holier than thou.  It's something Ted Cruz, for example, should spend some time pondering.

The above noted, there is some irony that accompanies this Pope in that there are many conservative Catholics who are far from fond of Pope Francis.  One need only spend a few minutes listening to EWTN radio get a small ear-full of what I am talking about.  Some actually prefer a more regal Pope, along the lines of Benedict. 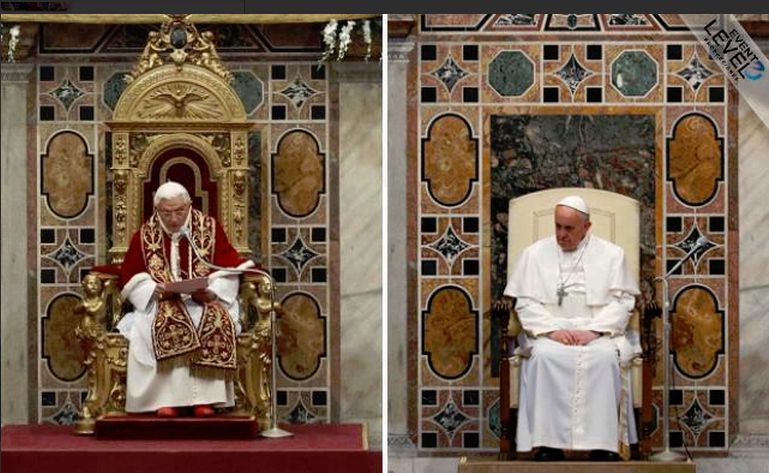 Why?  Well I suspect that some are basically just very uncomfortable with a Church that deviates in any way, shape, or form from one that simply tells adherents what to do.  "Command and Control" Catholicism is what Pope Benedict practiced, from his regal throne.  Following orders is comforting to some, as it takes the guess work out of making decisions.  Practicing humility, however, requires an active decision making process.

Created By Stephen Albert at 8:21 AM