The Place Was Broken

Preface:  Written in May, but it makes sense to publish this now.

I was a latecomer to the place.  I was glad though that I did get a chance to see part of what it was, back before it was broken.  It's almost startling to think about the change, from then until now.

In the "then" world, there was a certain kind for frenetic energy to the place.  People buzzed around, like so many worker bees in a hive, fulfilling what they viewed as being their responsibilities to the larger whole.  It was not always a pleasant sight in terms of organization, but what it lacked in elegance it more than made up for in positive intent.  It was a kind of functional dysfunction, where gears meshed, although sometimes with considerable effort and lots of lubrication.

The "then" world was also a family.  Granted, it was a family with plenty of weird aunts and uncles, but a family never the less. Most folks knew each other by name.  They knew what they did, in all of its inelegance, and had some sense as to what you did as well.  There was also this over-riding understand of, and respect for the mission and each other.

In the "now" world, well, it's simply barren.  You can measure "barren" in any number of ways.  Sometimes it's the number of open parking spots.  Sometimes it's the barren expression of the faces of people who seem to be contemplating when their number will be coming up.  That frenetic energy has been replaced by a kind of measured gait by many.  I'd use the term "walking dead", but even the word "walking" is too lively a figurative term for the present tense.

The "now" world is no longer a family.  It's more a collection of survivors.  It's a collection of people who have to take the axiom of "one day at a time" and modify it to "one minute at a time" because that's a more digestible chunk.  The weird aunts and uncles are gone; in fact, they were among the first to go.  Professional survivors don't always make for good company.

Was it necessary to break the place?  I can't answer that, in part because I had far less skin in the game, by virtue of my short tenure.  While I certainly understand the macro-economics of modern global markets, I am also cursed to understand all too well the human dynamic at play.  I've gotten the opportunity to see it broken into pieces, with a few choice shards being kept for the apparent value.

No judgments on my part, just observations.  Judging might, by the way, actually result in some kind of temporary feeling of relief; as it stands, I'm not even capable of generating that kind of energy.  Instead, I'm relegated to simply watching. 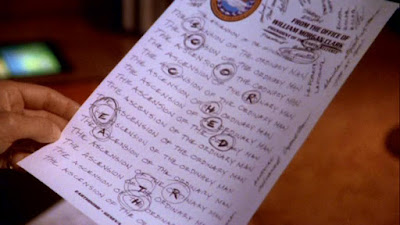 Created By Stephen Albert at 7:52 AM

Email ThisBlogThis!Share to TwitterShare to FacebookShare to Pinterest
Labels: Business101, Me, Me (Professional)