That's the approximate number of American casualties in the European Theatre of Operations during World War II*.

This is an important number to remember, especially in light of recent events in Virginia, where NAZIs and other assorted racists clashed with counter-protesters.  Now some on the fringe-right are going to call those counter-protestors "Anti-Fa" or "AntiFa" or some derivation therein, and use their presence and tactics at NAZI rallies to somehow deflect from the fact that, well, NAZIs are actually protesting in the United States.  In 2017.  It's all smoke and mirrors, a kind of nuevo way to make NAZIs and their NAZI tactics seem somehow reasonable in comparison.  It's a 12-year-old boy named Johnny trying to excuse his bad behavior by saying "yeah, but look at what Timmy did!", except for the fact that Johnny happens to be a NAZI.

Our grandfathers and great-grandfathers were among those 182,893 who crossed the Atlantic Ocean to crush fascism, that soft political veneer intended to hide true monstrous nature of NAZI ideology.  This, lest we forget, is the ideology that created the Holocaust. 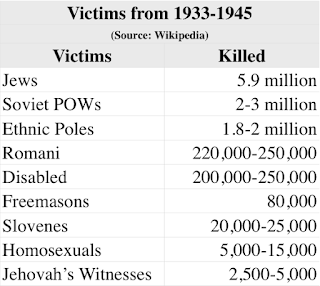 These NAZI and NAZI-minded marchers in Virginia (and elsewhere) aren't just a collection of nuts with guns that should be ignored.  They are moral descendants of the monsters who killed nearly 6 million Jews during World War II.  Looking the other way, ignoring their actions, somehow trying to explain away their presence is morally bankrupt.  It also denies the sacrifice of 182,893 Americans.

Twice in my life, I've been blessed to hear first-hand accounts from NAZI concentration camp survivors.  These individuals shared their stories of inhuman actions on the part of NAZIs in the hope that it would never happen again.  Yet here we are, and unless good people act, it will, in fact, happen again. 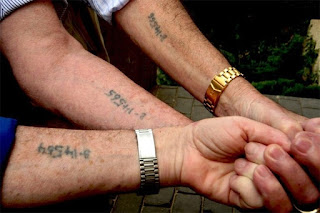 I have one request, one ask if you will, one purpose for this posting:  Don't forget the 182,893 and what they fought (and some died) for; don't allow discussions about what happened in Virginia to devolve into ridiculous squabbles about statues, the "Antifa", "Black Lives Matter", or any number of other distractions.  Don't take the bait.  This is about NAZIs and NAZI ideology.  It's about "people" (and I almost don't want to use that word in this context) walking around wearing tee shirts actually quoting Adolf Hitler as if he were some kind of Emo poet instead of a mass-murdering monster.

For the record, I doubt I'll follow-up this posting.  Why?  It simply took too much energy on my part, and I am already saddened at the prospect that I know people who will read this and somehow feel compelled to deflect and change the story related to Virginia, away from NAZI ideology and towards some other detail, all the while providing air-cover for monsters.

Finally, what happened in Virginia is a red-line kind of event:  You stand on the side of NAZIs or you stand on the side that included the 182,893.  There is no in-between, no neutral zone.  If you choose to stand for NAZIs...to defend, deflect, or enable them...to provide air cover for monsters...just know that YOU OWN EVERYTHING that goes with NAZI ideology.  EVERYTHING.  May God have mercy on your soul.


(*) This is a harder number to determine than one might think it should be.  Citation HERE.  The number includes MIA, KIA, POWs and injuries.
Created By Stephen Albert at 10:32 PM