Day 3 in Maine started with a late morning trip to Acadia National Park, specifically Cadillac Mountain.  Unfortunately for us, there were low clouds covering some of the valleys, which obscured the views to places like Bar Harbor from the 1550 ft peak. 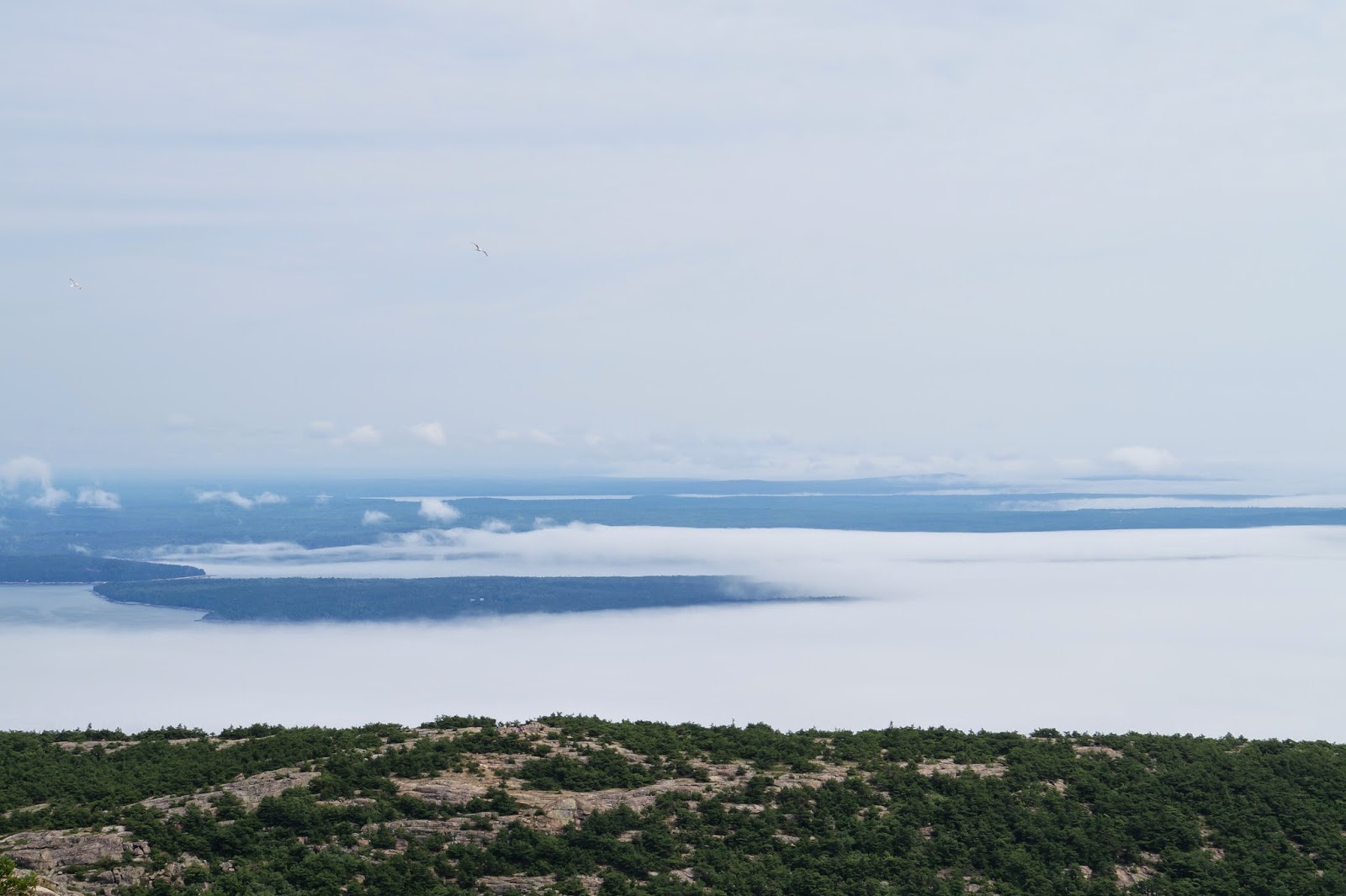 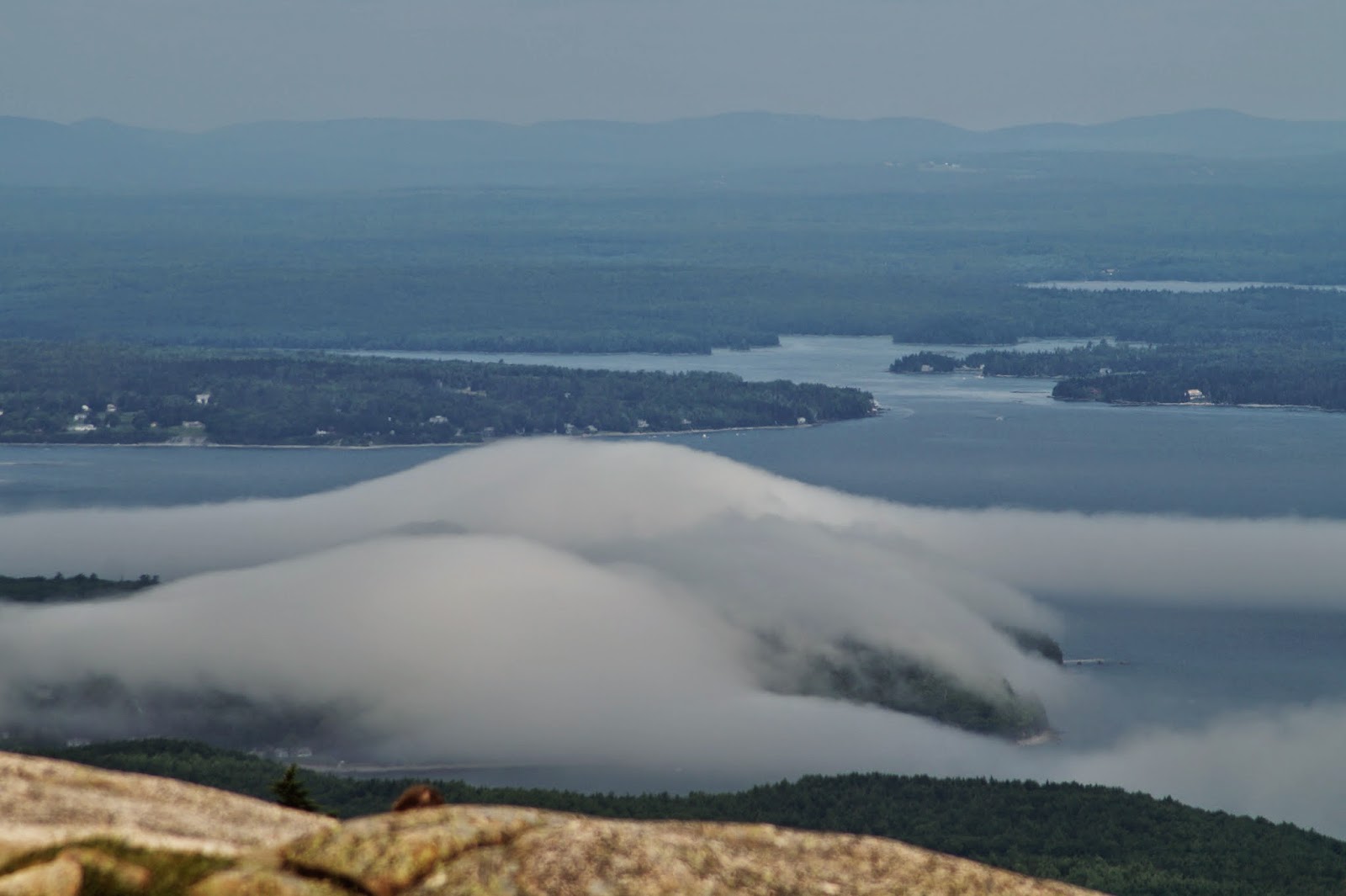 But it also created some interesting effects, such as clouds mushrooming over islands.

After Acadia, we headed back to the house for some downtime, which for me included a much needed nap.  Normally I don't like taking naps, but since I haven't been sleeping well they have become a necessity.  In addition to napping like a preschooler, I also managed to get some writing done and I took a 45 minute photo hike.  Here's some of what a I captured. 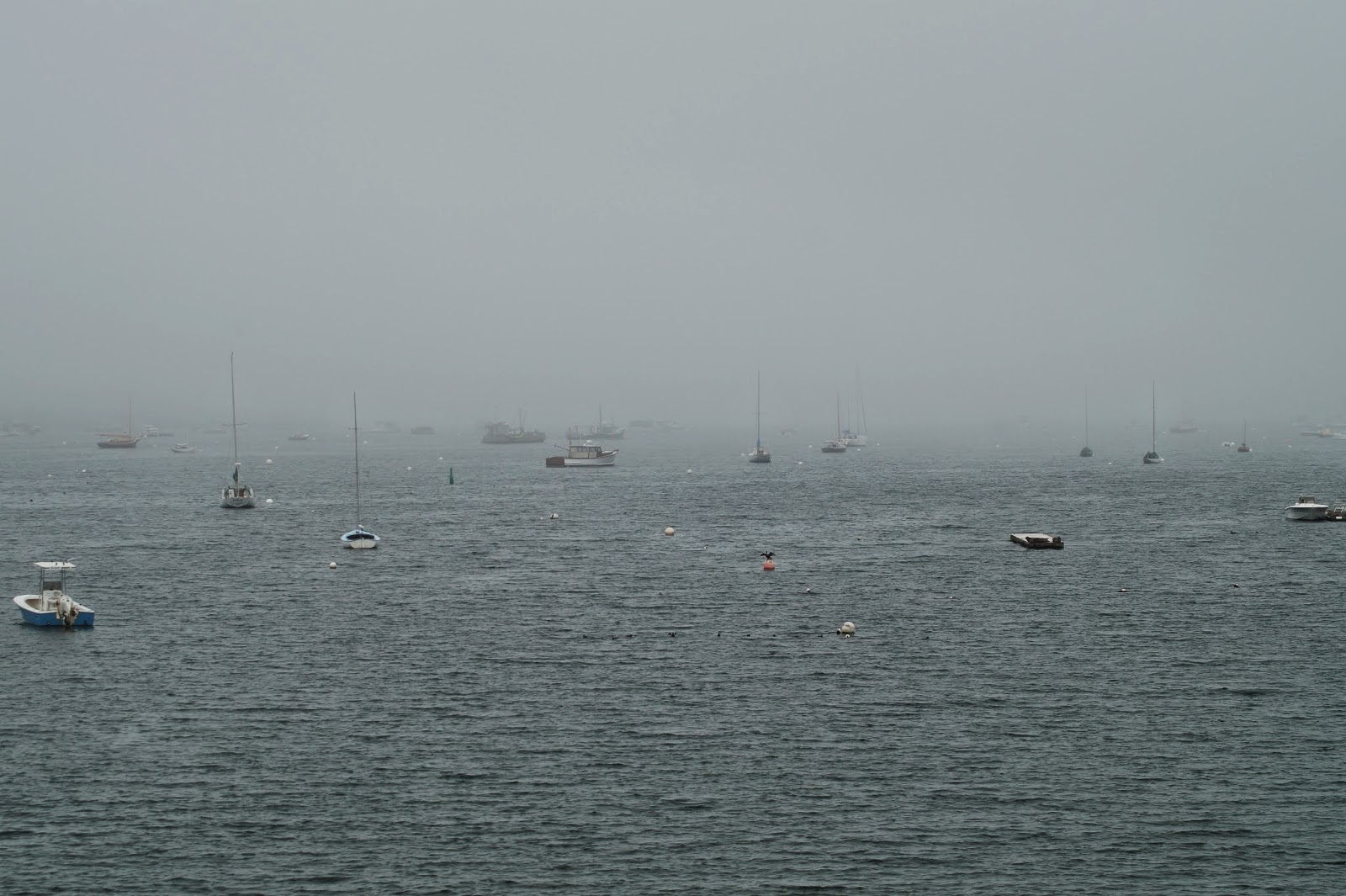 By late afternoon fog was returning to Southwest Harbor in full force, beginning to look much as it did on Monday.

Ms Rivers and I went out to dinner this evening, walking to a nice restaurant just down the street from our house.  The steak I had was one of the best, ever.  Ms Rivers reports that her beef salad was pretty good too.  After dinner we took a stroll down the foggy streets to an ice cream parlor for some desert.  Lucky for us the fog seems to make mosquito flight more difficult.

The rest of the evening was spent on my part writing, reading and losing two games of pool to Ms River's brother in law.  While I did keep it close in both games, "close" doesn't count in pool, just horseshoes, hand-grenades and nuclear bombs.  There's always tomorrow.

Speaking of tomorrow, the plan is for four of us (myself, Ms River's dad, and two of the kids) to go out fishing into the bay for four hours.  I'm not much of a sea fisherman...heck, I'm not much of an any fisherman...but I always enjoy the boat ride and sea air.  The afternoon may include, if I have the energy, a trip to Bass Harbor, one of my favorite places on the island.

Here's to good catches for everyone tomorrow.  Goodnight from Foggyland.
Created By Stephen Albert at 10:22 PM