It's nearly the end of full day one in Maine and one word comes to mind: washout. 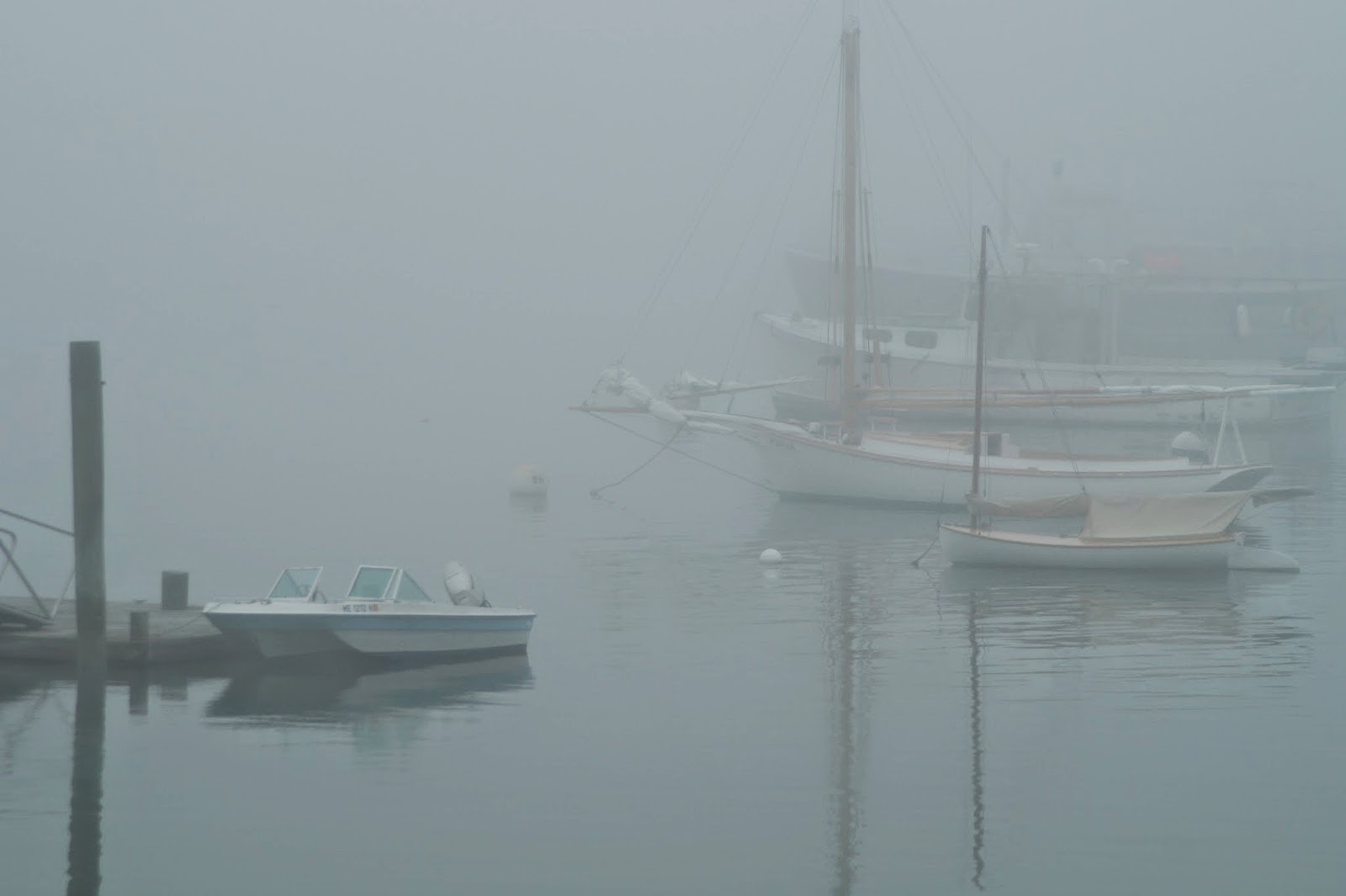 It's been raining here most of the day, and when it wasn't raining it was foggy beyond belief. Rather ironic actually: the only thing that temporarily dissipated the fog was the rain, and when the rain ended the fog returned. Oh well, it's still a rainy day in Maine, which is a step up from rainy days in most other places.

So what was the day spent doing?

Well not doing much on-line. The house we rented has Internet service that might be the envy of most countries in the third world, but not so much in this world. That's a fancy way of saying that it stinks, and the only way I can post this dribble is to pair it with my iPhone, which I am only going to do sparingly. All the better I suppose, as what's the sense of going to a place like Maine but then goofing off on-line? Pretty much no sense.

So again, what was the day spent doing?

I was 3 for 2 playing pool. Not all that great, especially since, in theory, I should be pretty good at pool.

There was a walk to downtown Southwest Harbor, which would have been much better had we not been assaulted by mosquito near “Chris' Pond”. We made the mistake of walking up to the pond only to be met by an assault squadron of bugs, which ended up following up about a block and a half before ending the chase. The walk it self was fun, if not taxing on my left calf muscle for some reason.

Then were was lunch at a tiny little shack south of Southwest Harbor, where we had the finest in greasy food, served with a smile. This particular place was near a ferry landing, and apparently was only opened from Father's Day to Labor Day. Not much of a season, but the ladies that run the place told me that they make a decent go of it.

The afternoon was spent reading, playing more pool and taking a dreaded (at least for me) nap.

Dinner consisted of a fine Italian dish, created by Ms River's mother, which since it had ingredients that included corn and olives, wasn't for me. The fall-back was sloppy joes, made by Ms Rivers for me. It must be true love, as that is the only reason why a special dinner would be made for me (in fairness, I wasn't the only one who had the sloppy joes). The resulting after dinner conversations was as much fun as any other time of the day, talking about topics ranging from “how do you say 'I surrender to superior German forces'” in French to our plans for tomorrow and Wednesday. By the way, tomorrow will consist of Bar Harbor and some fishing, although the exact order and timing for both are to be determined.

After dinner was my time to lose at not only pool but another game as well. Somehow the gaming gods were not with me today.

Now it's writing time and then, some time soon, probably bed. Rainy days are tiring. Speaking of tiring, our house is nice, but our specific bedroom gets a lot of road noise, which seemed to commence at about 5:30am. Guess what time I got up this morning?


Here's to a dry Tuesday.
Created By Stephen Albert at 8:48 PM