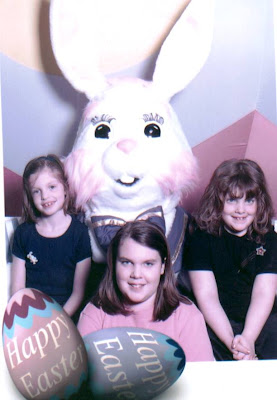 I've been thinking a lot about parenting lately. Well the previous statement is something of a misnomer, as I think about parenting all the time, but for some reason I've been thinking more about it of late. Maybe it's because my oldest daughter is on Spring Break, maybe it's because of the George Will column I posted the other day, maybe it's because of this bizarre combination of hundreds of things floating in my head at any given time. Anyway, it's been "top of mind" lately, so maybe I need to do a brain dump to move it a little bit lower in my cranial pecking order.

...help them be happy
...help them have high self-esteem
...give them the things that they didn't have as children
...teach them to have faith
...etc.

...may be more important, but not to me.

Now I'm not including the things that all parents must do, such as things like feed them, shelter them, keep them physically safe, etc. Any parent who doesn't do those things shouldn't be a parent.

So, why teach them to be independent? For me part of the answer lies in the fact that I have three (beautiful) daughters. I've seen how society objectifies women, and as a former young man myself I've probably participated in that objectification. When you allow yourself to be treated like an object you inevitably trade away some of your humanity. "Property" has a tough time doing some of the other things in life...such as have strong faith, have high self-esteem...so unless a child can move beyond the notion that they have to be "owned" by someone (or something) else, then it seems to me that nothing else is really all that possible.

I never want my children to have to rely on anyone else when they are adults, no matter how loving the intent. True love, at least to me, is always a voluntary act. I want my children to be able to have lives full of possibilities, not full of shackles to a person (or institution). It's that voluntary choice...that decision made out of a positive choice not negative requirement...that seems to me to be at the heart of living. It's all about free will, which could very well be the greatest gift given to us by God (if you chose to believe in such concepts).

So what I try and do as a parent is to teach the necessity of independence, with the thought that the other things in life come with along with it. That drives discussions about everything from current events/politics (where I don't believe that anyone should be relying on the government) to things like college majors. Now I don't know how successful I've been, but I heard a positive sign when my oldest daughter Katrina made a comment about how in college you should be choosing "a career, not a major". One small victory to celebrate.
Created By Stephen Albert at 6:38 PM

Email ThisBlogThis!Share to TwitterShare to FacebookShare to Pinterest
Labels: Me. Deep Thoughts, Parenting