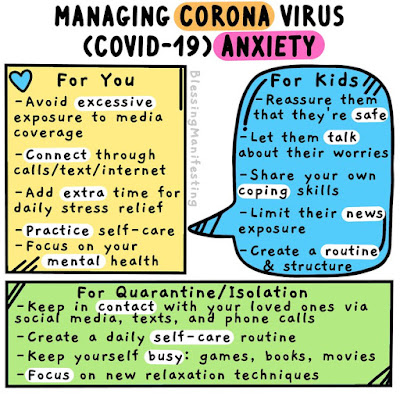 Here's the thing about social distancing, at least for me:  Outside of the really horrible issues surrounding it (people dying, inept government responses, people losing their jobs), it isn't actually all that terrible.  That's not exactly a mark of triumph for me, but more so a recognition that I actually don't need a lot of interaction to keep going, at least under the current circumstances.  I have an almost guilty kind of feeling about that fact, by the way.

I may be the minority.

In fact, I know I am in the minority.

I also have some bigger fish to fry at this present time.

I know this whole social distancing this is hard for many.  In fact, I think about how I feel when I have to engage in a lot of social interactions and it's unnerving; for those who like a lot of interaction...and are now not getting it...well it's terrible, and I genuinely feel sorry.  Today is Easter, and as a traditional day for families to get together, the disruption and isolation for some are only, and sadly, amplified.

In addition to the change in social interactions, there are a ton of practical things that have to change during this pandemic.  Easter is a religious holiday for many, but in an environment where "two or three or more of you" is pretty much against the rules...rightfully so, I will add...what do you do?  Well in our case, it was an Easter service via Zoom.  My father-in-law is a retired Episcopal priest and has immediate family members in three different locations (with one of them being the other side of the world at the moment), so this morning it was a virtual Easter service.  The experience was interesting, and while the practicalities of modern video conferencing technology were laid bare in some instances (hymns, for example, don't work well via video conference), overall I'd call it a victory.  It may also be a preview of the future.

Another part of today for me was a trip to my late brother's grave-site.  I don't go all that often, but for some reason, today it just felt like the right thing to do.  I never know what to do when I get there though.  It seems odd to try and talk to Chris when I am there, and as for praying, well, I'm never quite sure what I should be saying.  Mostly I think about how different life is now.  In the later part of his life, holidays were difficult when it came to Chris, as he really wouldn't want to visit anyone else, and visiting him was not always the best of ideas.  Still, I think about how it could have been, with The Albert Boys getting together later in life, finally being able to exhale after the sometimes strange trips that we call our lives. 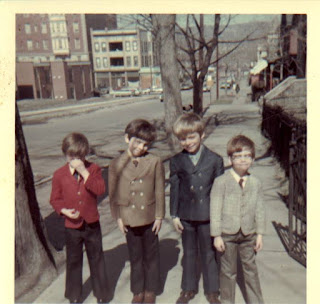 (In our Easter finest, sometime in the early '70s.)

Tomorrow is another work (but for some not really work) day with the country getting back to it's new normal after a holiday respite.  I claim in extra-sensory powers, but yet part of me feels like we'll be turning the corner, of sorts, on this whole nasty business.  While I don't know exactly when that will happen, one thing is for sure:  What we go back to will be different than where we started.  That may not be such a bad thing.

Lastly, let's be careful out there.

Created By Stephen Albert at 10:30 PM

Email ThisBlogThis!Share to TwitterShare to FacebookShare to Pinterest
Labels: Exile on Corona Street, Grieving, Me