A few photographs from the recent ice dam (or is that "ice, damn"...English is a such an imprecise language) during the week of January 22nd, 2018.

An ice dam formed on the Susquehanna River, just south of West Pittston, Pennsylvania.  Actually, the river had been full of ice for a few weeks. 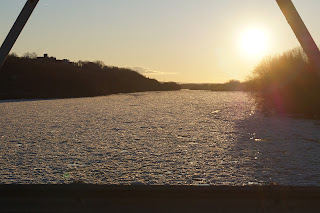 As an area that is prone to flooding, there were much to be worried about as the water level rose on Wednesday. 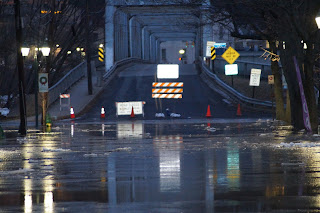 Water forced the closing of the Water Street bridge.

We bought our home in 2013, on something of a haste basis, as I was about to become homeless due to the sale of my prior dwelling.  That's a different story for a different day (that I've probably already told on the blog, somewhere), but one of the things we made certain to do was make sure our proposed new home was out of the flood zone.  The zoning officer told Ms. Rivers and me that if our house were to flood, it would be "the end of days".  We took him at his word; the prior owners confirmed for us that the house was completely dry during the massive flood of 2011.

Getting back to Wednesday, as the evening wore on, the Borough of West Pittston issued a mandatory evacuation for the following areas: 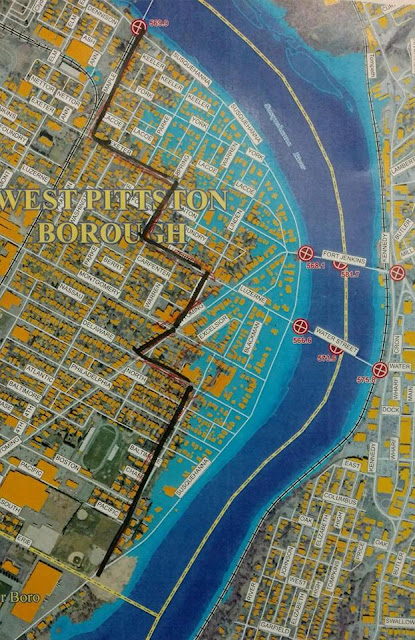 Map courtesy of the Borough of West Pittston, via the Citizen's Voice.

Fortunately, around 11:30pm or so on Wednesday, the ice dam broke and water levels began to recede.  By Thursday morning the mandatory evacuation has been canceled and the clean-up began.

What was left along the banks of the Susquehanna River can best be described as a boulder field. 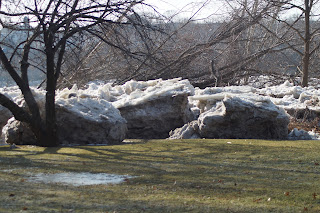 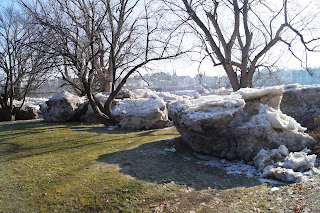 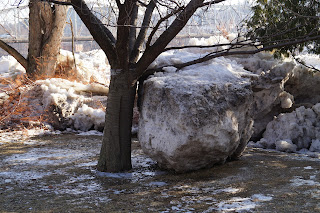 It's likely the boulder field will be here well into May, barring a very warm rest of the Winter/early Spring.

Created By Stephen Albert at 4:25 PM