Revelation (of a sort)

In-between times career-wise(1) are always a good opportunity for reflection.  Well, truth be told, any time for me is a good time for reflection.  Heck, my ideal job...if I could get paid to do it...would just be reflecting on things, basically all the time.  Alas, I'm stuck in the amateur, part-time reflection business, gratis no less.  Anyway, as I've been reflecting on many things lately, I've had something of a revelation.  Others may not be impressed with it, but I (sort of) am, and it's my $10/year domain, so here goes.

The Feeling...
All throughout my 30 (or so) years of professional life, I've had a consistent, persistent feeling, maybe best described as an "intensity" at work.  I just don't relax.  When I'm at work, I just have this kind of frenetic state inside my head, all the time, with almost no exceptions.  I've always had it, no matter what I was doing, from working with disabled children/adults through what I do now for a living.  It's as if my body is a Toyota Yaris, but with a 400 cubic inch Chrysler V8 under the hood(2).   I've never really understood this all that well, in spite of the fact that, at this stage of my career, I think I have a fairly accurate self-assessment and I'm pretty good at coaching (others).  Then again, we all know that doctors aren't always all that good at diagnosing themselves.

I also know that I'm pretty good at hiding the above.  Maybe that, in and of itself, is part of the problem.

The Impact...
To the above, well, so what?  A perfectly valid question.  Everyone has "the feels"(3), so what makes what's running in my head so different?  Well, I'd like to blame this on my inability (so far...well maybe never) to make it to CEO, but that's simply ridiculous.  I do know though that I think some of the health issues I've faced, particularly since my mid-40's are at least in part an outcome of my mind running at high idle at work for so very long.  I do also think that this, in part, hasn't always helped my career either.  To the latter, why?  I think I mentally burn-out after so long.  Not understanding this whole thing also contributes to negative feelings I might have in particular situations.  Just as great physical exertion can lead to physical pain, I think you get a similar kind of situation when it comes to your thoughts, feelings, and emotions.

The Revelation...
I think that inside of my head there is this combination of guilt and a desire to try to fit into American business culture(4).  Simply put, the intensity is the outcome of my feeling a need to be "on" all the time at work, with "on" specifically referring in part to significant inter-personal interactions.

The guilt part may seem odd, but I genuinely feel bad if I don't deliver enough value for what my employer pays.  Regardless of the job or the employer.  They pay me, and I need to give them something back in return.  All the time.  I'm left with constantly thinking about whether or not I am actually earning my compensation.  I'll note that is not an effective strategy for negotiating a higher rate of pay, for the record.

American business culture values a few things that I struggle with, including extraversion(5)...with its premium of social interactions...and risk-taking.  I can act like an extrovert, but it takes a toll on me.  The need to be more outgoing sometimes causes me to me over-compensation in many different ways. For example, I go above and beyond in terms of being available for others; I will literally drop what I am doing to help someone else.  I am also exceedingly uncomfortable in many situations when I have to be out-going, so much so that there is a kind of running chorus of critique in my head:

How did that sound?
Was I too outgoing?
Did I talk too much?
I think I need to shut up now.

I'm also naturally risk-averse, which is understandable, given an upbringing where there was a premium placed on not rocking the apple cart.

Where I end up is with one part of me pushing ahead to be more outgoing, while another part of me pulling back because in part it knows how uncomfortable some of this ends up being for me.  The latter is the voice in my head that more or less says "well that was uncomfortable" after almost every social interaction.

A great example of the above plays out when the subject of working from home is discussed.  Simply put, I personally(6) don't like it.  Why?  Let me count the ways:
In an odd sort of way, I actually envy people who can successfully work from home.


The Outcome...
So where does all of this lead?  Am I to now somehow channel the frenetic energy noted above towards a drive to become some kind of senior executive of something or other?  In a word, "no".  That's not what this...and I...am about.  That's never what this has ever been about.  This whole mess, this whole compartmentalized revelation, if you want to call it that, isn't nearly so grand; it's simply about trying to be a better person during working hours by being more comfortable in my own skin.  I want to be able to breathe better in a figurative, and sometimes literal, sense.

Like most revelations, it's interesting to note that none of the parts here are really all that new to me.  I'm relatively well versed in, for example, MBTI theory(7). and I've read quite a bit of Eckart Tolle(8).  I'm also comfortable engaging in self-reflection (obviously).  No, what's new is the combination of these various parts, and maybe some element of timing that so far escapes my understanding.  Maybe this is all a natural part of the aging process...the"wisdom" of old age.  Maybe this is all just a mental blip of sorts.  I'm just not sure.

What's next?
Decidedly low tech here in the sense that I'm really just aiming to understand with all of this "stuff".  I'm hoping that "understand" leads to a bit more peace within my own headspace.  Part of me thinks that all of this is a process and that by the time I'm ready to retire I'll have it all figured out.  How ironic would that end up being?  Mostly though, maybe the end product of all this self-indulgence is that I'll simply be able to cut myself a bit more slack.  A bit anti-climatic, I give you that much.  Then again, sometimes the most important things in life aren't grand in nature, but rather are the simple truths that we can somehow remind ourselves exist just as it seems that the world is getting to be a bit too much to swallow. 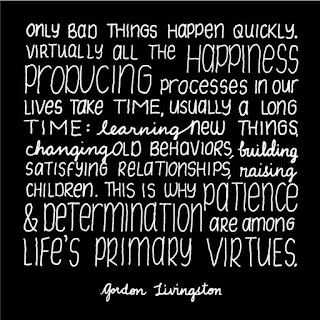 
(1) Not to be read into all that much; suffice to say my current job is likely evolving.
(2) As what I had in my college car, a 1974 Chrysler Newport. 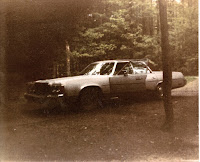 (3) Common younger folk speak.
(4) I am not fond of references to "business culture", mostly because I think the term is misunderstood and over-used.  For purposes of this reflection, "culture" refers to a set of unwritten rules associated with working in an organization.
(5) For a good definition of extraversion follow THIS link.
(6) The key word here is PERSONALLY.  I have absolutely no problem with others working from home.  Heck, if someone does and it works for them, well that's simply excellent.  I just can't get it work for me.
(7) Myers-Briggs Type Indicator; more information HERE.
(8) Being present in the moment.  Far easier said than done.
Created By Stephen Albert at 5:24 PM