My Annual Republican Moment...occurs every year when I have to write out a check to pay the balance due on my federal taxes.  This years moment was particularly painful for a variety of reasons.  I know, I suppose I could be more creative here, but I have two over-riding principles that I like to apply regarding my taxes:
All of this comes with success I guess...not that I claim to be successful by the way.  I do, however, pay an awful lot in taxes (I pay now more now in taxes than my total gross pay during my first few years out of college).  Speaking of insane, the complexity of the tax code boggles the imagination.  If Mittens would stop talking about women needing their nether-regions probed before abortions and start talking more about simplifying the tax code then I might even vote for him.  Note the word "might".  Oh, and someone as a vice-president running mate with slightly more in the way of qualifications than Sarah Palin would be desirable as well.

Travel...I picked my youngest daughter up from school in West Chester yesterday, I am bringing her back on Sunday.  I am driving to Hartford Monday afternoon and from Hartford to Boston Monday evening.  On Tuesday I am driving back from Boston to Scranton.  I need frequent driver miles.  I also need an audio book or two.

Living Will...One of  the personal items I have been working on since the beginning of the year is a Living Will and Durable Health Care Power of Attorney.  This is not easy stuff to think about, but I suppose as I grow older these kinds of thoughts just naturally creep into the cranium.  I also have one over-riding reason for doing this:  I don't want my children to be put in a position of being forced to decide whether or not to unplug me something terrible should happen.  This is important stuff, and if you don't have arrangements such as this, I strongly recommend that you take action.

Next up in new Will.

Tim Holden...is realizing that he is not in Kansas (or is that Pottsville?) anymore.  Evidence HERE.  I'm thinking that Matt Cartwright stands a very good chance of removing Mr Holden from office, which would probably be fine with me.  Mr Holden is a Republican, period.  That's fine with me and I've voted for Republicans, but it does irk me that he claims to be a Democrat...it seems so, well, dishonest.  Put another way, there is much about Congressman Paul Ryan that I both agree and disagree with, but I do really admire the fact that he puts his ideas out there in a way that is very unmistakable.  Love him or hate him, but you know where Paul Ryan stands.  Tim Holden...well...he has this sort of "wolf in sheep's clothing" thing about him that is just so dishonest.

Unhappiness...I saw this a few weeks ago and just had to share. 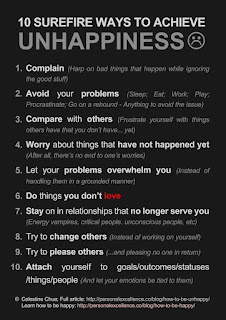 Breaking News...I know many have been waiting on the edge of their seats for this, so I am very glad to report that "the Situation" has in fact left rehab.  Yes, you heard me, "the Situation" is now clean and sober.  Reference HERE.  Note that "clean" doesn't mean, for example, chlamydia free.  You can thank me for this news nugget later.

The Shining...Mr Rivers and I were watching The Shining last night, and I am ashamed to admit that I didn't know it was directed by Stanley Kubrick. Bad Steve! After seeing the opening credits you can then begin to see how very "Kubrick" this movie really is; case in point:  the chapter titles that begin each part of the movie.  The rolling camera that was used while the boy ride his big-wheel and in the maze were also classic kind of Kubrick stuff.  Great movie.
Created By Stephen Albert at 11:10 AM

Email ThisBlogThis!Share to TwitterShare to FacebookShare to Pinterest
Labels: C-S, Me, Politics, Taxes