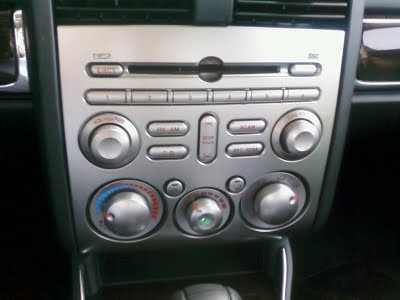 Week before last I rented a 2010 Kia (I forget the model name, other than it was Kia's -sized sedan) and was pretty happy with it. I was especially thrilled with the audio system, which in addition to having fairly logical controls, had satellite radio, an aux in jack and a USB port.

Fast forward to this past Thursday and I had as my rental a 2009 Mitsubishi Galant. Now in theory the Galant would be a more up-scale car than the Kia, and relative to price I am sure it was. However if I had to buy one of the two, it would be the Kia, by far and away. Why?

Well in the Galant's favor, it has a typically smooth engine with terrific acceleration. I suspect the engine was a V6 (I didn't take the time to look), and it has power to spare. That's nice, but when I am rambling over three hours of I84, 65-70mph feels the same in just about any car. The Galant also looked (on the outside) great. So far so good, right? Well the Galant had one major, fatal flaw: I hated the audio system, for a few reasons:
Maybe I'm a little overly sensitive about the audio stuff but I frequently drive to Hartford CT and the drive, all three + hours of it, takes you past a half dozen radio markets. Since I make this drive by myself most of the time having something to listen to is pretty important. The Galant failed on this one.
Created By Stephen Albert at 7:49 AM

Email ThisBlogThis!Share to TwitterShare to FacebookShare to Pinterest
Labels: Cars