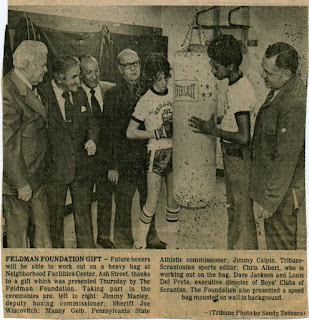 I really don’t like dwelling on things like the subject of this posting, but it feels like the right thing to do at this moment.  The “things like this” is the passing of my brother Chris, who I found deceased on January 5, 2017.  I’ve written about Chris before, and while I try to not repeat myself too often, I’m granting some discretion today.

To this very day, part of me has a hard time understanding why Chris is gone.  While I don’t have the kind of “I was going to call him but then realized he’s not here” moments that others in similar circumstances experience, I instead have a myriad of small reminders that he is not here.  These mostly come at me in a kind of random fashion, where I’ll think of something and then imagine what Chris’ reaction would be.  God, I miss his sense of humor.  We both had a kind of absurd sense of what was funny, although, in fairness to Chris, he was always willing to take things much further than I ever would or could.  That last sentence is just a function of my having to seemingly mature in different directions than Chris did, although there are those who will tell you with a completely straight face (mostly my daughters and my wife) that I haven’t actually matured all that much.

Growing up, we were all a year apart in age, so we did a lot together.  I will note that it was a bit tougher for Chris, as I tended to do more stuff with my brother Rich, but those kinds of degrees are tough to measure.  The years between childhood and fully-formed adulthood took us in different directions.  He went into the Navy right out of high school, mostly, I suspect because of two things:

·         …he knew that he needed the kind of discipline in his life that couldn’t be found in too many places other than the armed forces.

In the year before he passed away, Chris and I talked a few times about his experiences in the Navy.  In those conversations, I think the personal demons he was desperately trying to confront sometimes manifest themselves in some traumatic memories from his service.  As someone who worked in the medical field in the Navy, Chris told me he saw a lot of disturbing things.  I never once doubted him, although I have wondered if these things were more symbolic of the other issues he was trying to deal with as he moved into his 50’s.  Regardless of the cause(s), I genuinely believe that my brother was in pain, and he spent an inordinate amount of time in the year or three before his death trying to self-medicate his way into some kind of peace.  Sometimes the pain…physical and/or emotional…is so great that we just want it to stop and we’ll basically do anything to make that happen.

In addition to a similar sense of humor, I think Chris and I both spent a lot of time searching for some way to deal with the difficulties of our mutual childhood.  In my case, that meant diving head-first into college, then a career, and then a family, all in short order.  That kept me busy and my mind off of other things.  Chris, having served his term in the Navy, had to find his own way to manage life.  For him, that also meant an early marriage and a daughter that he absolutely adored.  Chris, having been an amateur boxer, always however seemed keen on the fight, which never really interested me, physical or otherwise.  I found (to this very day) that most forms of confrontation are counter-productive.  Chris thought the opposite, and many times those confrontations had something to do with our mother.  As I have noted before (probably), our mother’s passing in 2013 impacted Chris deeply.  He would never admit that when he was alive, by the way, but I am as sure of that as I can possibly be of anything.  With our mother gone, the boxer (Chris) no longer had an opponent in the ring.  The thing he could point to as a concrete reason for this inner turmoil was gone, and all that was left was in fact the turmoil, unabated and running rampant.  He no longer had an opponent, so the opponent became himself.

Selfishly, well this whole posting is selfish, I always had this vision that in his retirement years Chris would be mostly free of his demons and that we would spend more time together.  We could celebrate the fact that we both reached our retirement years in spite of seeming to start from three steps behind and four doors down.  That’s never to be though, and it’s just so hard to imagine someone like a sibling just not being here anymore.  On some level, I just assumed he would survive, since that’s what I was doing, and as noted above, in some ways I always thought Chris was tougher than I ever was anyway.  You can add that to the list of contradictions in this screed.  Yes, the tough guy, the boxer, was the one who didn’t survive; instead, the introspective one who never really felt all that comfortable around other people…but yet has made a career out of interacting with them (me)…did.  It makes no sense, but then again a death like that of my brother is never going to make sense.  My cross, if you want to call it that, is the fact that I am forever doomed to try and figure this all out.

So, what’s left?  Well, January 5th will never really be a good day for me.  And I wish Chris were still here.  That’s pretty much what’s left.

I wrote and delivered the eulogy at Chris’ funeral, and it quoted the Paul Simon song “The Boxer” because part of that story, including “I am just a poor boy…” and “in the clearing stands a boxer and a fighter by his trade…” really is my late brother, both practically and metaphorically.
Created By Stephen Albert at 9:35 PM

Hey there Steve. I've been dealing with a lot of issues lately and just recently got down to seriously reading your blog. Your reflections about your brother hit home. Your words are well chosen and thoughtful. Thanks for writing ; it makes a difference.

Mike...as always, thank you for reading and commenting. I am sorry to hear of your health issues, but that seems all that common these days.