John Lennon and Asking for Help 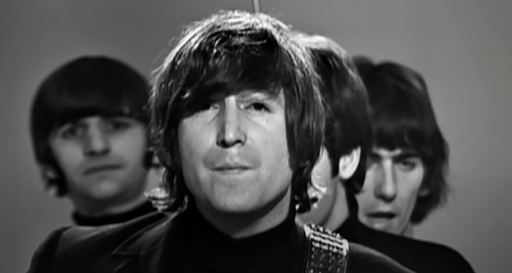 In one of his final interviews, John Lennon was asked about which of his songs he liked the best.  He thought about it, mentioned a title or two, but the final answer was actually pretty surprising:  “Help” Now if you are not all that familiar with the Beatles, “Help “ comes from a movie of the same name and is decidedly in the Beatles mop-top era, not long after songs such as “She Loves You” and “Hard Day’s Night”.  Not exactly a time of lyrical poetry and deep meanings.  The fact that Lennon has written some pretty weighty stuff…think, for example, “Imagine”…is what makes “Help” such a surprising choice.  When asked why he made this choice, Lennon responded that “Help” is one of his most honest songs, and while writing it he really was asking for help.

All of the above occurs at a time when (and maybe still is, to a great extent) men actually asking for help was considered to be a sign of weakness.  In answering the interviewer’s question, Lennon once again gave us an example of why he really was a genius.  “Across the Universe” could have been his choice and that would cause few to give any kind of pause, as it really is a great song.  But Lennon picked the simple but honest choice instead.

The point is that asking for help is hard.  Damn hard for many, especially men.  Yet in the here and now, with so much turmoil in the world and in the lives of many folks, many of us may need help more than ever before.  Personally, I have…and still do…have trouble asking for help.  The mere thought of it conjures up a bevy of responses swirling about in my head:

“What if they say no?  I will feel embarrassed”

“If I ask for help I am going to owe someone”

“No one really wants to help me anyway”

At least for me, part of the equation is the fact that growing up, asking for help was a crapshoot with my mother.  I just never knew if I would get help or get criticized for asking for it in the first place.  Things like that have a very, very long shelf-life in our heads.  The easier thing, again at least for me, is to just do whatever I have to do in order to get through things on my own.  Maybe, in some small way, this is part of what Lennon was tapping into when he talked about “Help” being among his favorite musical creations.  Even writing this is a bit uncomfortable for me, but Lennon goes and writes a hit song about it.  Up until reading that interview, I never would have guessed that the song “Help” was an actual cry for help.  I just thought it was just a great song.

The genius of John Lennon and this song was his ability to hide vulnerability in plain sight, broadcasting it for the entire world to see, but yet most didn’t actually see what it truly meant.  He turned a bunch of complex thoughts and emotions and crafted them into a song that was then disguised as a pop-music hit.

“When I was younger, so much younger than today, I never needed anybody’s help in any way”

All of the above reinforces something I’ve learned to be very true about people and intelligence:  Anyone can spew complex-sounding stuff, but truly smart people…the geniuses among us…are able to take the complex and make it simple.  And hide it right under our noses.

Created By Stephen Albert at 5:08 PM