Preface:  I don't normally mention people by name in this blog when I am being critical, usually referring to by their position or a pronoun.  That rule is being put aside for this very special case. 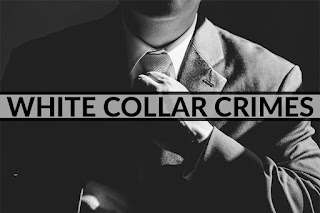 As reported in the local media, the former Chief Financial Officer for the Scranton School District, (SSD) one Greg Sunday, recently entered into plea agreement related to acceptance of free automobile repairs from a pseudo-district mechanic.  The repairs totaled over $8,000.  Mr. Sunday is also implicated in similar repairs being made for others connected to the SSD. An article related to this story can be found HERE.

Details of the plea arrangement, agreed to by the presiding judge, are as follows:

You can read a short piece of the plea deal HERE.

What's particularly important to note that Mr. Sunday will continue to receive his $70,000+ per year pension.

Details above noted, this whole arrangement is despicable.  Mr. Sunday is effectively getting away with fraud and theft with the smallest of slaps on the wrist.  He will no doubt move on after this whole sordid affair and relocate to Florida, where he will enjoy his publicly funded retirement (he is not even 60 years old) in anonymity.

Mr. Sunday said that he was "lackadaisical and complacent" in his actions.  That's infuriating.  Is that what white-collar criminals call stealing these days?   The restitution he will be making basically amounts to an interest-free, multi-year loan for car repairs.  Go down to your local auto repair shop and see if you can arrange such a deal for yourself.

Had Mr. Sunday been an 18-year-old who used a shank to steal $150 from a local quickie mart he would be in jail now.

In theory, Mr. Sunday is cooperating with law enforcement to nab others who similarly received free car repairs.  I would call these "bigger fish", but the reality is that as CFO, there were few in the SSD "bigger" than he was.  What is the likelihood that these other "fish", once charged, will also cop to plea deals?  We shall see.

In the interim, I offer the following closing thought: Greg Sunday got away with theft (the SSD paying for car repairs), conspiracy (his work in approving similar repairs for others) and lying (to the press, to Scranton taxpayers), and effectively pays no real, substantial price for his actions.  Justice has failed taxpayers in Scranton.
Created By Stephen Albert at 1:37 PM