Travel
Modern airplanes are designed first and foremost for profit.  Actually fitting individuals comfortably into the airplane is a distant second.  Especially if you're over, say 6 feet tall.  So yes, I spent something like 8 hours with my knees either up at my ears or twisted into convolutions that would make a Fakir proud.  I know, first world problems.

The actual trip from Philadephia to Iceland (a.k.a. leg 1) was uneventful, save for the above reference contortions.  Luckily, I was seated next to Ms. Rivers, who doesn't seem to mind if I take up more than my allotted veal crate space.  Upon arrival in Iceland, we had about two hours until the next flight, which we used to sample the local airport food.  Note that all airport food is more or less the same, at least in terms of quality and taste.  That, along with the speed of light, are apparently both something of a universal constant.

The fight to Norway from Iceland was even worse than leg one.  Why?  Well maybe because I wasn't seated next to my wife.  Or maybe because I was in a middle seat, sandwiched between two very quiet teenagers (something of an oddity, to say the least).  In spite of myself, I did manage to get about an hour of the worst sleep imaginable.  Touching down in Norway I was able to unfold my legs, in a scene that probably looked similar to a butterfly unfolding its wings for the first time.


Bergen
In spite of (likely) exhaustion, we did quite a bit of walking yesterday (or today...it's confusing).  Bergen is a beautiful town. 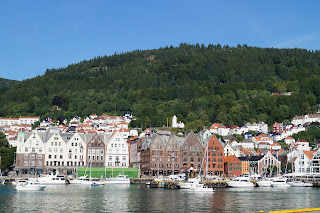 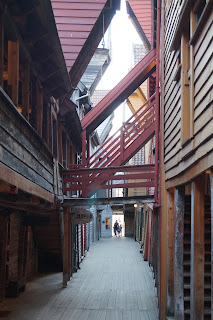 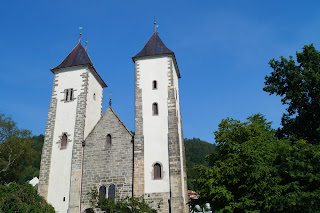 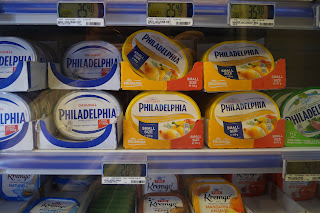 It would be funnier if I actually ate cream cheese, but I don't.  Speaking of that general theme, most folks have to worry about gaining weight when they travel; me?  I don't think that's going to be much of a concern.

Created By Stephen Albert at 3:25 AM