Living in my personal data stream 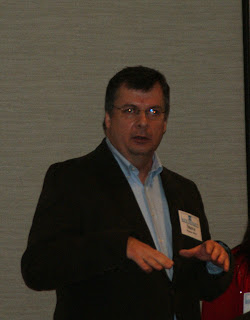 I was contemplating at work last week, as I am often fond of doing, specifically about why I sometimes get this feeling of being over-whelmed.  Now it's not over-whelmed with work, and in fairness, my time management skills are pretty good.  It's not over-whelmed by work either.  My work challenges me, but it's not beyond me.  No, this is more of a over-whelmed at work.

I think it comes down to data.

I notice just about everything.  For for the record, I've only told one other person this before, and maybe I'm like everyone else in to world.  Maybe I'm not.  I have no real point of reference.  I just know that I've always been this way.  I think it has to do with how I grew up.  It's a kind of survival thing, if you will, in growing up under somewhat difficult circumstances.  It was always important to notice how my mother was, and what she as doing, in order to avoid trouble.  That's a different post for a different day though.

Anyway, things do escape me, and I am more than capable of zoning out, but especially at work I tend to be very attuned to the environment around me.


Who is around me at all times.

The expressions on people's faces (to the extent that I can make them out).

The tone people use when they are speaking.

The specific word choices people use when speaking.

How people are dressed.  Not in a critical way, but in an observational way.

Where people sit in meetings.

How people sit in chairs.  Slouched?  Pushed back?  Leaning forward?

How co-workers compose emails.  What words they choose.  The size of responses.

It's all the above data, and more, that almost constantly bombards me at work.  It's like the ultimate news crawl at the bottom of a television screen playing inside my head.  I'll note that, at times, I don't tell the truth about what I notice.  It's just easier than explaining why I noticed something, and quite frankly far less creepy to boot.

It has its benefits.  For example, when I am speaking in front of a group of people, it's relatively easy for me to see whether or not I have the audience engaged.  I can also zero in on people who I think might not "get" what I am talking about in order to use them as a kind of lowest common denominator of comprehension.

Anyway, I've learned, or more correctly taught myself over the years, to not notice some things.  I routinely miss what is for sale in the cafeteria at work, for example.  That's mostly because I work very, very hard at getting in and out of the cafeteria as quickly as possible.  Why?  There's just too much data there.  It's gets over-whelming quickly for me.  I only actually eat in the cafeteria at work maybe 2 or 3 times a year; most of the time I eat at my desk.

This also explains my aversion to parties.

Remediation:  I've been using headphone at work for a decade or more.  Even though I have an office, with a real, functioning door (a rarity in our office, and I am truly grateful to have one), I still use the headphones.  I thought it was just because I like music.  Well I do like music, but it occurs to me that I do this, much to the chagrin of my co-workers, because it's a way for me to overwhelm and/or interupt the data stream.  Having George Harrison sing "What Is Life" at high-volume through Sony over-ear headphones is a way to do just that.  Music allows me to move some of that mental RAM away from the data-stream and towards a task at hand.


Created By Stephen Albert at 5:33 PM