Blogging Units...my blogging units are being depleted the by copious amount of writing required for a class I am taking.  Okay, maybe it's sheer laziness too, but at least this time I have something of a legitimate excuse.

WILK...having gotten bored with listening to militant right-wing Catholic radio ("we are all inherently bad because of original sin"...and on from there), I've been listening to WILK in the mornings and during the drive home.  A few observations:
I figure between NPR, militant right-wing Catholic radio and WILK I will always have something to entertain me.

Homework...As of this very moment I am not working on a paper.  I should be working on the paper, but I am not.  Damn, I had this same problem 30 years ago too.

Emotional Intelligence...I have a decent posting finished on the subject of emotional intelligence.  I just need to hit the publish button.  Sometimes, for reasons I just can't explain, hitting that button is difficult.  It's as if I want to continue to noodle with it for two more weeks.  Strange, very strange.

Weekend After Next...is a weekend get-away to the shore.  I've always wanted to visit the beach in October for some reason.  Something about the colder air and the ocean is appealing.

Gone Phishing...Yes, even relatively aware (from a computer literacy perspective) folks such as I occasionally fall prey to phishing emails.  Luckily I have a second line of defense, namely a great product called WinPatrol Explorer that lets me know (by barking...I kid you not) if some new program is attempting to do stuff to my computer.  It then gives me the ability to stop the new program if I so desire.  I've been using WinPatrol for a few years now and it is highly recommended.  You can find WinPatrol HERE.

Good Old Desk...is a great song my Harry Nilsson.  I was singing this song to myself just the other day.


And just for fun here are pictures of my good old desks...at home: 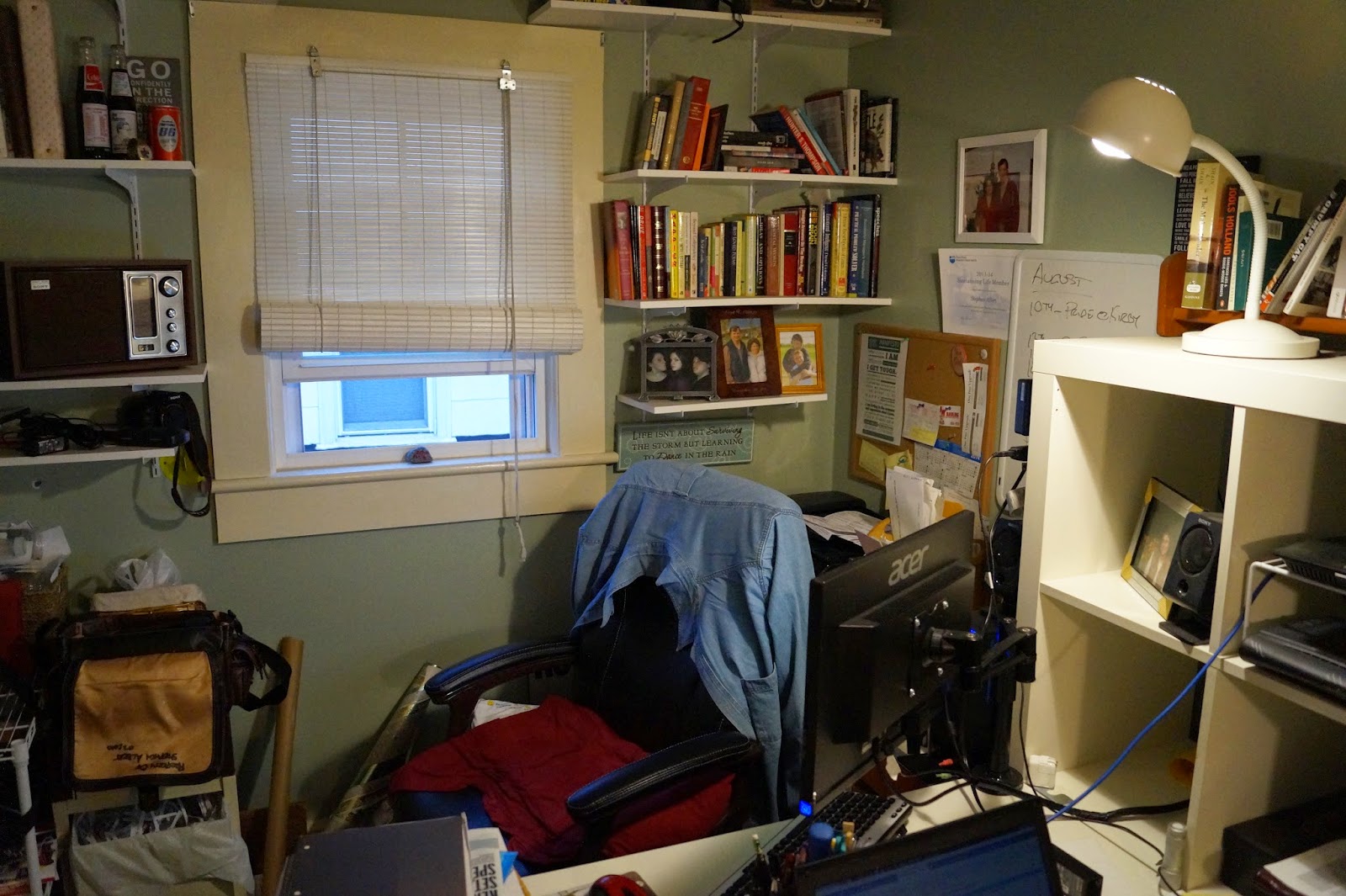 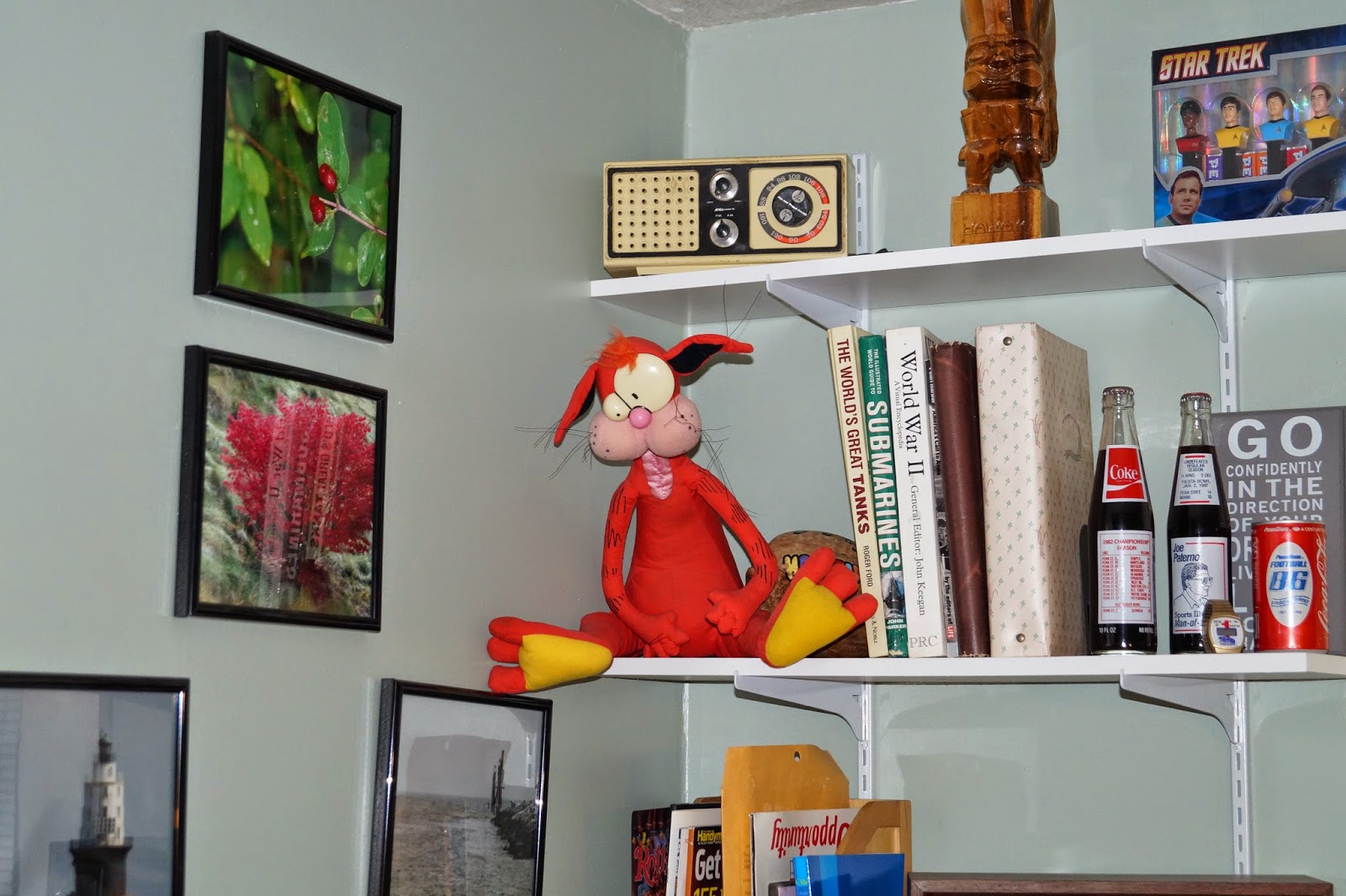 Admittedly it's not so old, but that's okay. I also couldn't help myself, as I just had to slip in a picture of my prized Bill the Cat doll.  Anyway, here's the work version: 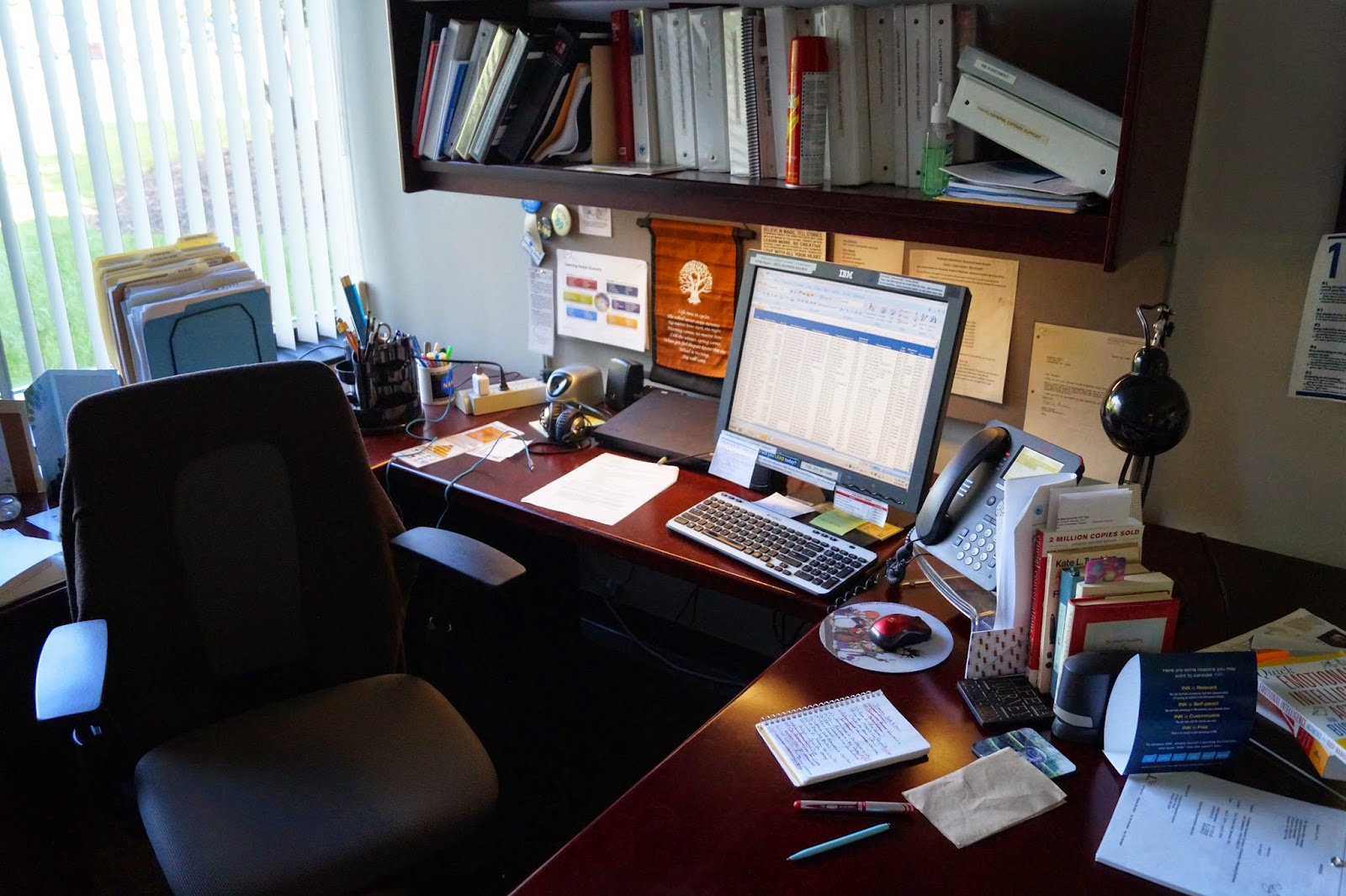 For the record I have cleaned up a bit since I took this picture.

Eric Frein...for those unaware, a 30ish year old man by the name of Eric Frein is wanted as a suspect in the murder of a Pennsylvania State Trooper and the sever wounding of another.  Refer HERE for more information.   Reading the news story commentary on the Internet is fascinating when it comes to this case.  I wonder how many "right to life Christians" are calling for this man's immediate execution?  Granted that there is evidence linking Mr Frein to the murder, but he hasn't been convicted yet.  There was even a man who called into WILK suggesting that a predator drone be used to search for...and presumable Hellfire missile to death...Mr Frein.  Yes, violence against anyone, especially a public servant, is horrible; however we have to remember that these same police officers work to protect our freedoms.  One of those freedoms is the right to be presumed innocent until proven guilty in a court of law.

Created By Stephen Albert at 9:51 PM