Yesterday...would have been my mother's 79th birthday.  To mark the occasion, I did something I have never done before (well not since she passed away), namely visit her grave.  I'm not going to "wax poetic"  writing about my mother for two reasons:  First, she was an incredibly hard, difficult, often times mean-spirited person.  Second, and despite what I just wrote, she'd be the last one to ever want someone writing glowing Internet stuff about her.  Besides, I don't believe, as a matter of well established personal philosophy, in the concept of dwelling the in past.  What's done is done, and the best days are always in front of us.  Anyway, Rest in Peace Mom.

Side note:  In the odd coincidences of life department, both my and Ms Rivers' mothers have the same birthday (although different years).  Small world.

Blogger Groove...In spite of concerns on my end for not having as much time or energy to write these days, my blogger units seem to be in good supply.  Perhaps I am just getting more and more efficient with my time (code for "I am not spending as much time simply goofing off").

Governor's Race...I was at La Festa Salmonella last Monday and I was surprised by what I didn't see, namely a ton of politicos wandering around.  Maybe I just hit the wrong day.  Oh well.  It did get me thinking that things have been mighty quiet on the impending election for governor this coming November.  You know, this is the one that Tom Corbett is going to lose.  Anyway, I'd like to see the governor do a bit more advertising, but let's face it, he simply doesn't have much in the way of ammunition.  He can, of course, always resort to lying (case in point:  his commercial that claimed that he actually INCREASED state education funding), but that stinks of desperation over the long term.  On second thought, maybe he should do more monster truck television spots.

IKEA...It's worth a minute or three of your life to watch the new IKEA commercial.

As a parody of the upcoming Apple mega-announcement, this is very well done.  I'll also note that IKEA is simply a great store.  If you've never been to an IKEA, then please do yourself a favor and make an IKEA pilgrimage.  My home office desk and surrounding stuff is mostly from IKEA, and I've never happier with furniture.

Bird-feeder...I've always wanted to erect a bird-feeder.  Now granted that this is not a challenge that falls into the difficult category, but rather in that of "things I just never seem to find time to do" column.  Well that ended yesterday.  The feeder is in place outside of the kitchen window, stocked with seeds.  Now all we need are birds.  Hopefully they will come, in time.  Finding the right kind of feeder was a bit of a challenge in that Ms Rivers and I wanted something relatively squirrel proof, yet not unwieldy in dimension.  Nothing at Wally World, but I did end up finding one at a home store that seems to do the trick.  Ultimately we will let the birds decide.

Yeah local sports team!...Ms Rivers and I walked down to the Wyoming Area football stadium on Friday night to catch most of the game between our local school and Scranton Prep.  I actually find the activity enjoyable.  Why?  Well first, it's nice to be able to walk down to the stadium.  It's a few blocks, but on a cool evening it's a nice experience.  Second, I've always enjoyed watching amateur sports.  I can't be bothered with the professional stuff, but watching a bunch of kids play football or basketball is fun precisely because you get to see the effort at work.  They make mistakes and they react.  Interesting stuff.  The score?  Wyoming Area was crushed by Scranton Prep.  It wasn't even close.

Home Improvement 101...Outside of erecting bird-feeders, I recently replaced a busted up window on our garage.  This is the same garage that had a non-functional door that I also replaced.  Anyway, if for no other reason than testosterone fueled manliness, here are before and after pictures. 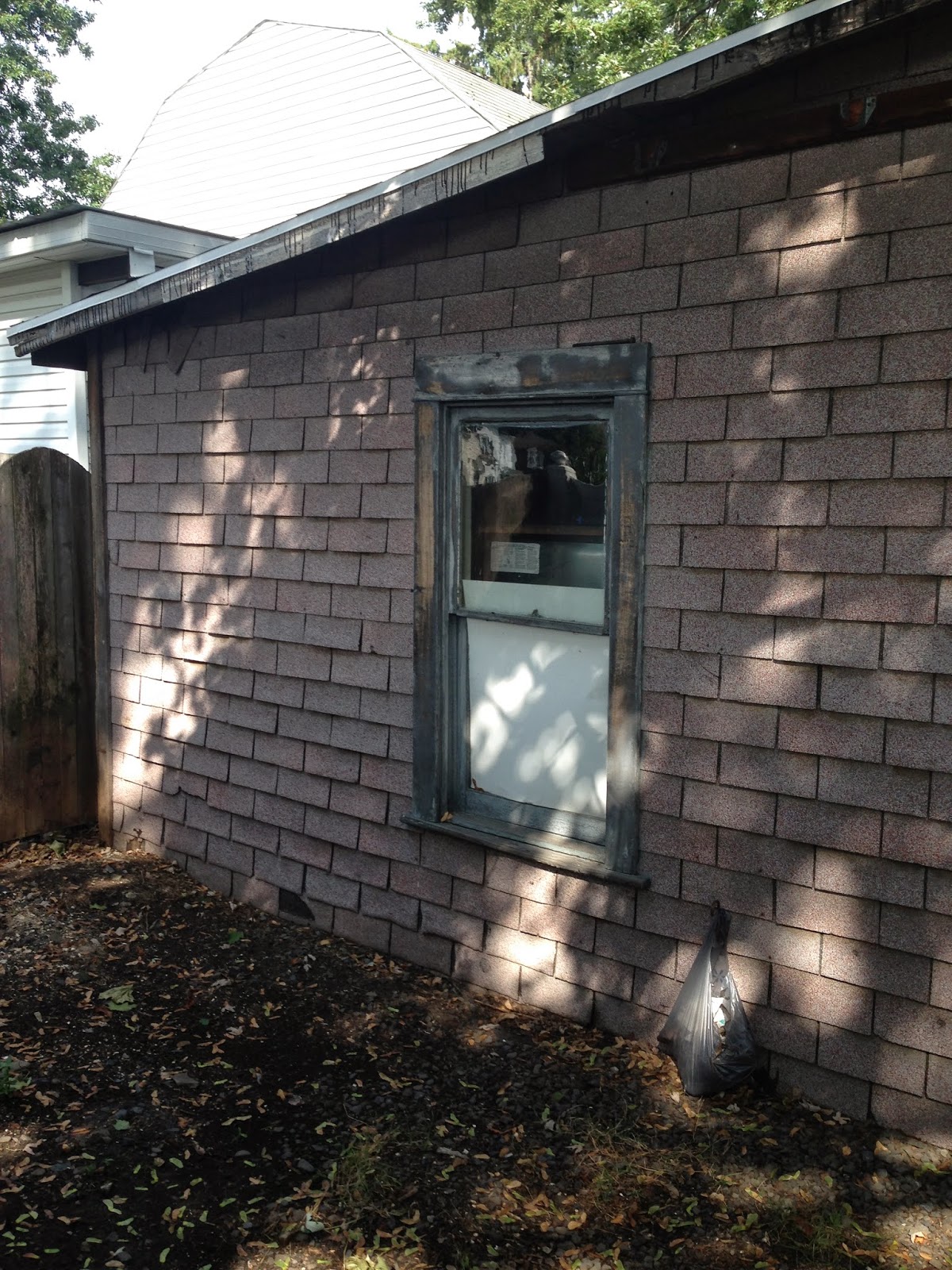 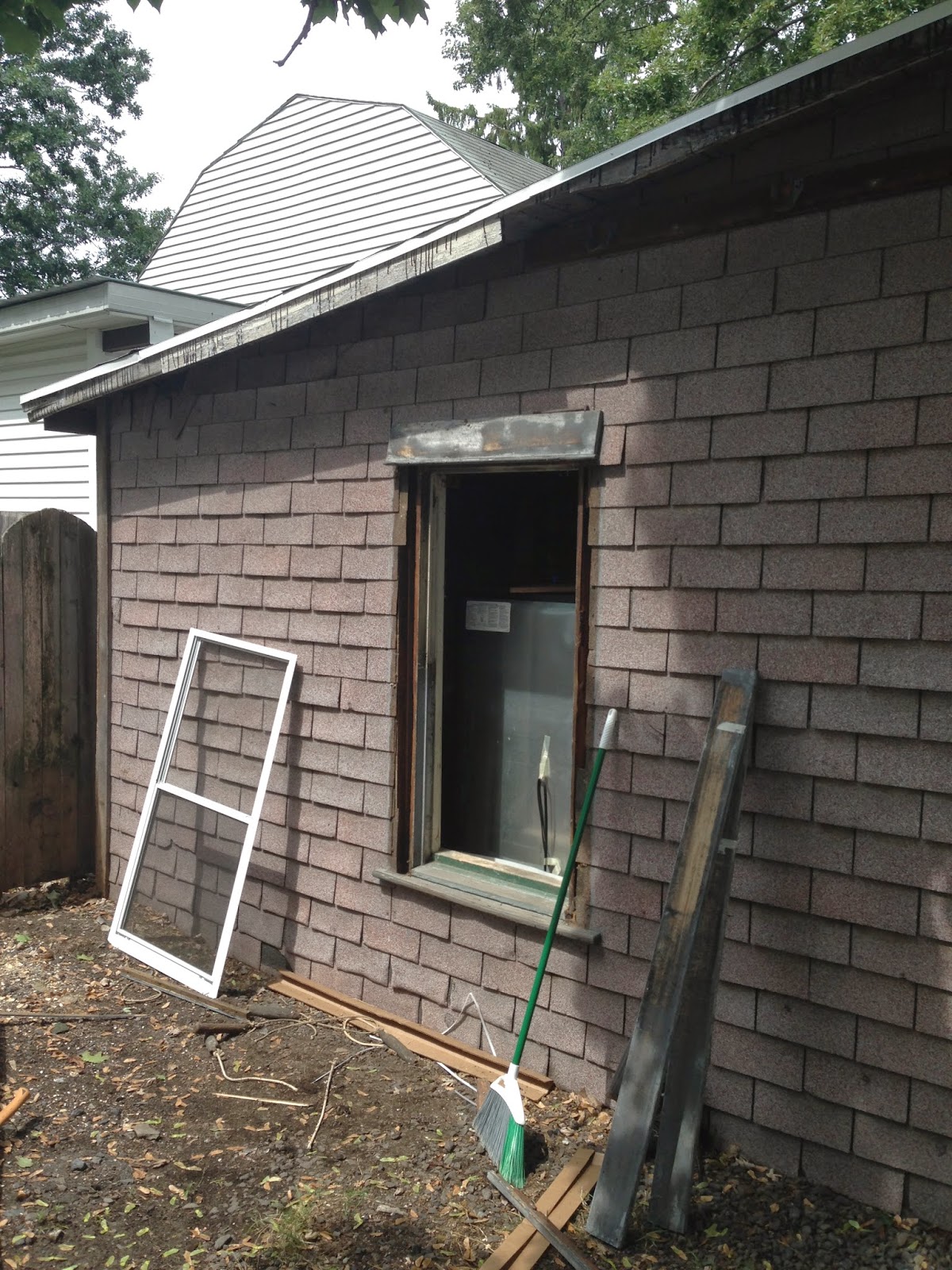 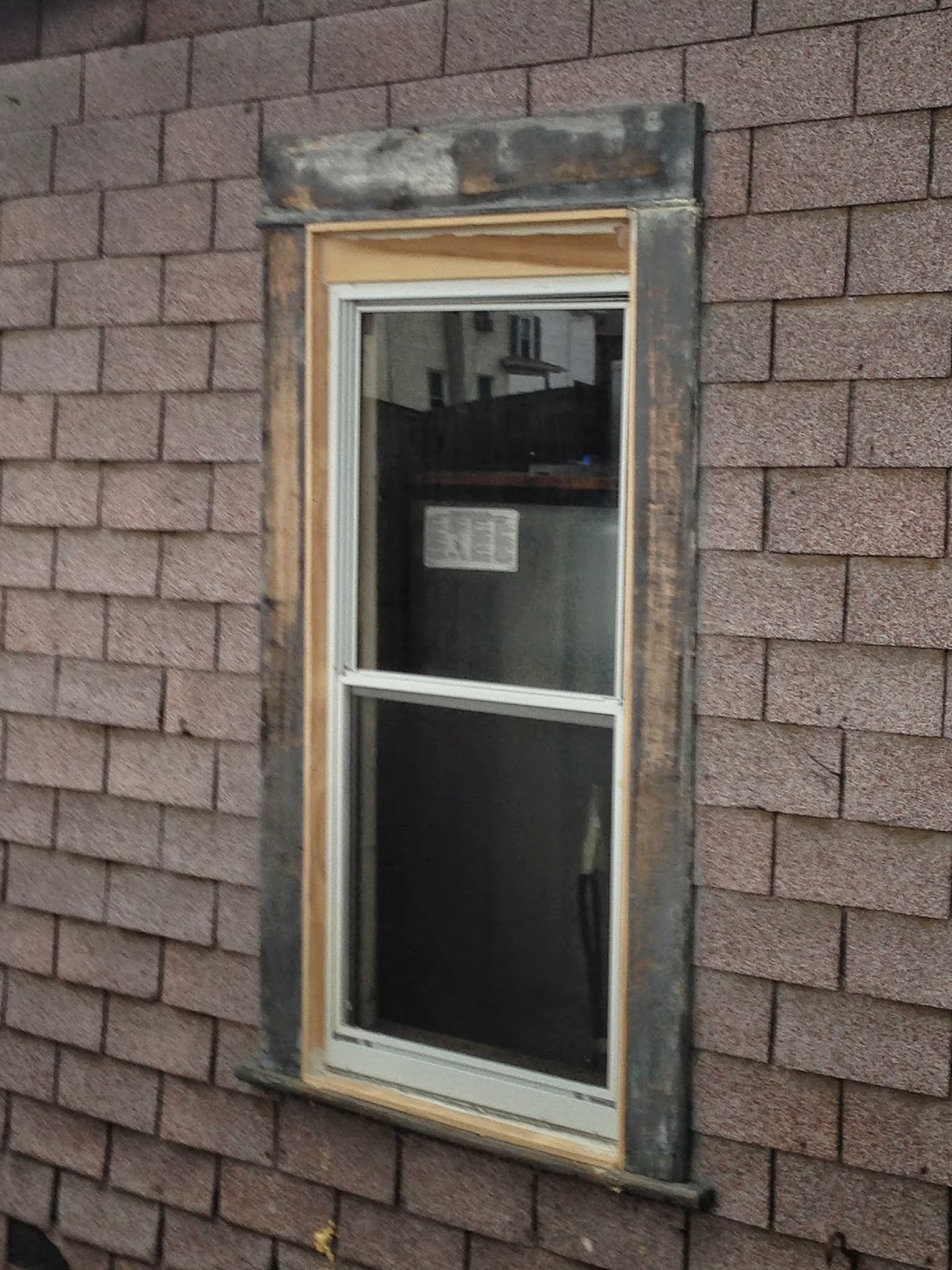 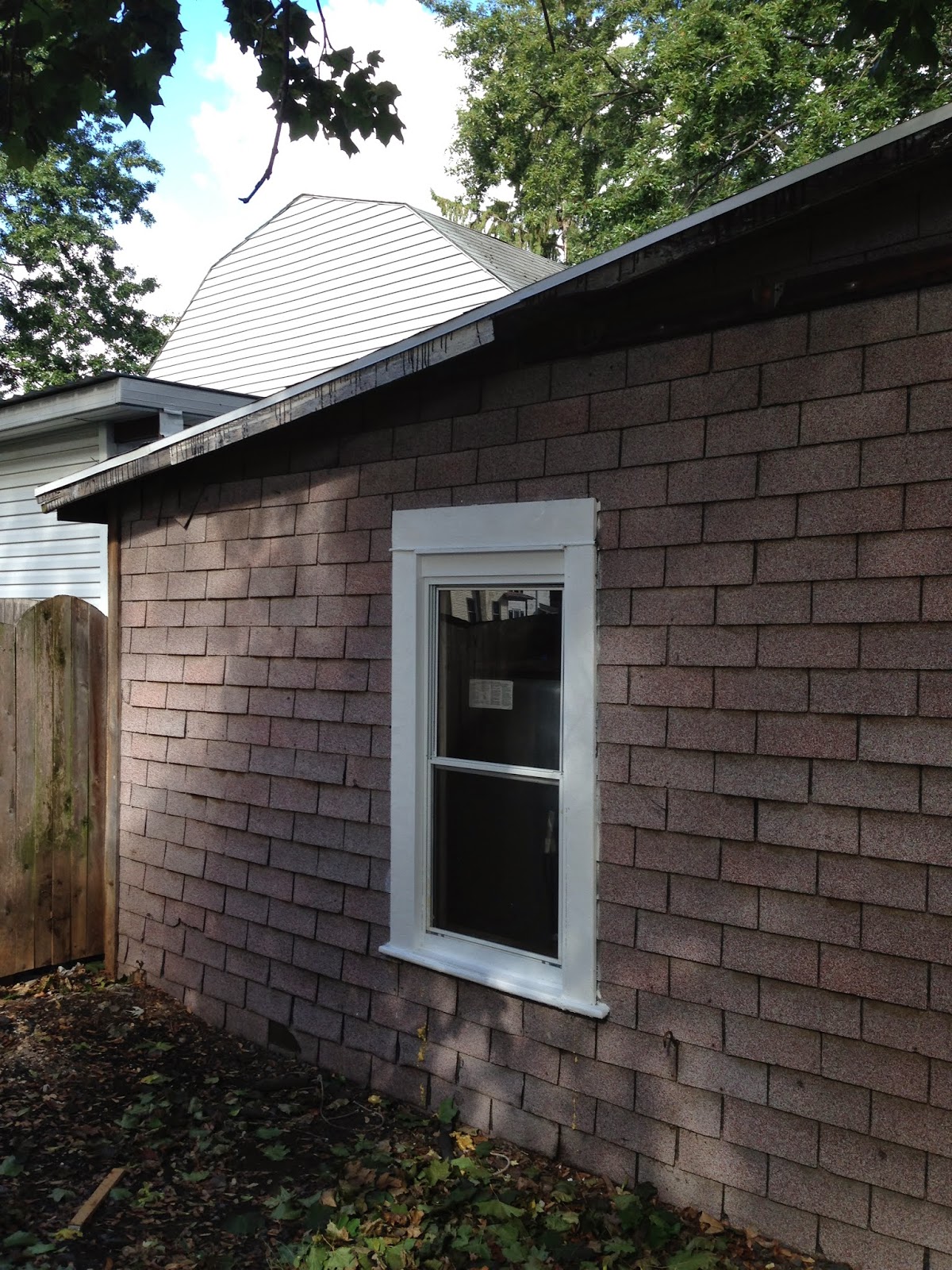 [Insert all manner of manly grunts and such here.]

Over the Fall I'll be working on the inside of the garage.  Next year I may end up siding it.  We shall see.
Created By Stephen Albert at 10:12 AM