I don't have a pet dog.  I am, in fact, a decidedly cat kind of person.  As evidence, I point to my Domestic Short-hair, who goes by the names JeanLuc, General Stirling Price, Friend, Bold Young Man, Good Boy, Pud and countless others.  It's important that your cat have many different names.  Just ask T.S.Eliot.  Besides, in my experience your cat either can't understand what their name is or, more likely, simply doesn't care.

Which brings me to dogs.

While I don't have a dog, and probably will not ever have a dog, I don't have anything conceptually against dogs.  In fact I love the concept of a dog.  They are noble, loving and loyal creatures...unlike many of their owners. 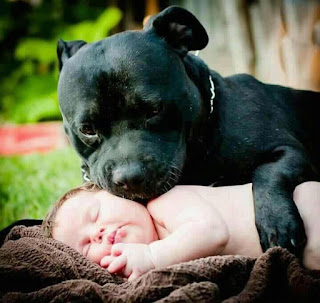 To the extent to which I have a "problem" with dogs it's because I find that they are, well, stinky.  Given all the senses, my sense of smell is the one that works best.  God knows it's not sight or hearing.  I can't blame dogs for their olfactory impairment, as you or I would probably be stinky as well if we consumed what dogs consume.  Besides, I know plenty of stinky humans as well.  If the worst thing that you can say about a creature is that it "had bad breath" or that it "breaks wind a lot", then that's not so bad.  Again, I wish that were the case with many of the humans I deal with.

There is another reason why I'm probably not going to get a dog any time soon:  I just can't see doing the "walkies" early in the morning in January, for example.  That's not fair to the dog, and it would just make me cranky if I had to.  Having a dog means that you should be doing things like venturing out into the tundra before dawn in January.  You owe it to the dog.  That's your price for having such a noble, loyal creature in your life, and in all honesty, my sloth aside for a moment, it's a pretty reasonably cost. 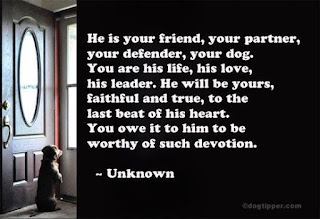 So the bottom line is that I really do like dogs.  I'm just really not good enough to own one.  Which is okay.

Want to know what's not okay?  Well when it comes to dogs, I have a list. 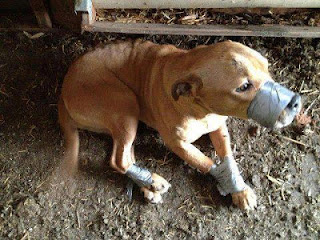 It seems like the news was littered with these types of animal cruelty over the last two weeks. If you don't want to care for an animal or it's too much to handle, why not take it to a shelter rather than killing or abusing it. It just makes no sense.

1) The world is littered with lazy, stupid & cruel people.
2) The people in category #1 are, for some reason, compelled to own pets.

It does make no sense.

So cute! And you will not be sorry, having a dog is so great for your life: more snuggle time, someone to talk to when your man isn't at home, lots of fresh air... (okay, the poop part... erk). We adopted our Coca in April and wouldn't want to live without her.
English Bulldog Puppies