My (personal) battles with eating

Disconnected
As a child and a teenager, I had one...and probably only one...very special talent:  I could eat anything and never gain a pound. For real.  Honest.  I would eat, and eat, and eat, and for the life of me I was always as skinny as a rail. 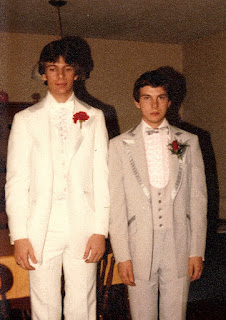 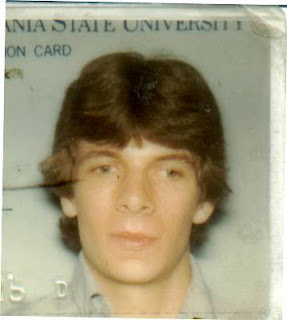 I actually had "six-pack" abs.  I don't know the medical reasons behind this, other than maybe that I had the metabolism of an elephant shrew.  Now this might sound like a good thing, but in reality it wasn't.  In fact, it was horribly, horribly bad.  Why?  Simply because it set me up for life as an adult whereby I never really learned to eat properly.  Intellectually I can understand the connection between eating right and feeling well, but two decades of unbridled consumption coupled with zero consequences put me in a place where eating and health were disconnected.  By the year 2000 I could easily put away several (regular) soft drinks per day, plus eating tons of sweets, red meat and virtually no plant matter to speak of.  It's a wonder I didn't come down with scurvy.

2003 - The Walls Come Tumbling Down
In 2003 I had something of a wake-up call:  my blood pressure was rising, I had back problems, I suffered from irritable bowel syndrome as well as GERD.  I was also facing a few other issues, both personally and professionally, that drove me towards eating as a way of coping.  I don't consider myself to be an "emotional eater", but there is something of a connection between how I feel and how I eat.  More on that later. 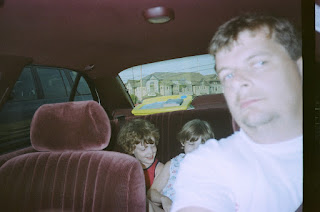 At the suggestion of my doctor, I agreed to work with a dietitian to learn how to eat right and lose some weight.  I was skeptical, but agreed.

2004 - Losing Weight, Round 1 of Many
In my first round of weight loss I was remarkably successful.  I ended up dropping around 50 pounds.  I did it the right way...at least in theory...by eating less, eating better, and exercising. 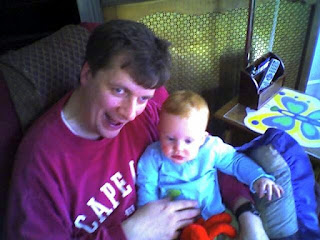 What was behind the scenes?  Well at the time, so much of my life was out of control that I found that controlling what I ate was one of the few things that I could control.  That sounds almost circular, but it does have the benefit of being true.  When you are truly out of control in most things, you look for things you can control.  By the way, yes I did pick up some good health habits...

...I stopped drinking drinks with calories
...I exercised regularly
...I ate far more fruits and vegetables
...I counted my calories and maintained an average intake of 1700/day
...I started a daily regiment of taking a dietary fiber supplement

...but in reality I wasn't really dealing with my weight, I was using my weight as a substitute in place of dealing with the other stresses in my life.  Yes, I felt physically better and I felt somewhat emotionally better, but there really still wasn't much of a connection between eating & health.  It was all more of just a game.  "Screw you life...throw whatever you want at me...at least I CAN control what I put into my body!".  Add to this the very real notion that I hate losing at anything and never want to disappoint people (especially those in authority, such as my doctor and the dietitian) and you had a real weight loss that really wasn't sustainable.

2006 - Off the Wagon
I remember precisely when I "fell off the wagon" eating wise.  We were on vacation at the beach, it was the evening, I was all alone and miserable.  I went to a restaurant on a pier and had a hamburger, fries, a diet coke and this massive chocolate cake monstrosity.  And I didn't count the calories.  There it went:  18 months or so of weight loss began to slowly evaporate. 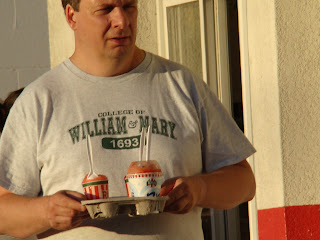 2010 - Everything Old is New
This whole "weight gain and then weight loss" yo-yo scenario would repeat itself again from about 2009 through 2010, except with something of a twist:  extreme personal and professional stress pushed me nearly to a breaking point. From this I learned the following about myself...
Yes, towards the end of 2010 much my world was collapsing around me...professionally I felt threatened, unsure, and full of survivor's guilt at remaining when some of my peers lost their jobs...personally I had to face and deal with extremely stressful issues (of the sorts that professionals tell us are among the most stressful that adults have to deal with).  It got to the point where, in late October, I would have to force myself to eat:  I remember buying (whole) chocolate milk just to get the calories in me.  Food lost all of its taste. 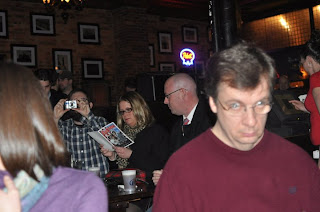 When I look back at the things I wrote in NCFE during this period, I can still feel the underlying pain.  All of the supposed good habits I learned about eating were now put into a bizarre hyper-drive and I was spiraling out of control.  An example was my insistence on undertaking very vigorous workouts in the gym...to the point of passing out afterwards...despite not eating.

2011 & 2012
Slowly but surely, as both my professional and personal lives settled down, my taste for food came back.  This probably started to happen in mid-to-late December, 2010.  Over the ensuing two years I know I've gained too much weight back.  However I am purposefully working towards a better relationship between myself and food, one where I "eat to live" as opposed to "live to eat".  I've also come to a personal understanding of the emotional connection that food has in my life...

...I eat poorly and as a result I feel bad about myself
...which makes me eat poorly until I get really heavy
...then in an effort to re-gain control I embark of a fit of weight loss.

It's a cycle in my life that I have to work on breaking, and I most likely will have to continue to work on breaking it for a very long time to come...maybe the rest of my life.  This includes learning to strike a conscious balance between my physical health and my emotional health.

I know I need to eat better in order to feel better.

I know I will sometimes eat poorly, but I can't allow a momentary lapse to become an excuse for despair.

You can encapsulate some of this by way of the simple understanding that for me, over-eating isn't a physical disorder in as much as it is a mental disorder.

This story doesn't really have an ending, happy or otherwise, which is okay.  Scratch that...it does have an ending...when I have an ending...but hopefully that is a long, long time into the future.  Between now and then I'm going to do my level best at living a better life, with food having an appropriate place in all of it.
Created By Stephen Albert at 5:37 PM

Email ThisBlogThis!Share to TwitterShare to FacebookShare to Pinterest
Labels: Health, Me. Deep Thoughts

Steve;
Isn't it amazing where life takes us? Your story is interesting and genuine.

During the diet, you eat healthy, whole foods that are high in nutrients per calorie. You lose weight quickly; 25 lbs. in 40 days for me. You learn about food through the process. You take nutrient-enhanced drops with ingredients that helps suppress cravings.

After the diet, your eating habits and cravings have changed. If you are serious about it, you reset how you eat. For me, my blood work is now much better than before. I have 33.5 lbs off so far.

Of importance? I have slowly progressive Muscular Dystrophy, so I cannot exercise since my stressed muscles don't regenerate normally.

For me, life changing are the only words I can come up with. I got the plan from Dr. Czulada, my son's Chiropractor. I've referred to this plan on my facebook.

Thanks for reading & sharing your story as well.

I'm glad to hear that you've found something that works for you, especially given the very real physical challenge you face. I am lucky in that my health issues are very minor and all are under control. I've also been blessed with always having outstanding cholesterol numbers...total has never been above 165, no matter what I ate. Go figure.

Anyway, thanks again for commenting and continued success on the weight loss path.