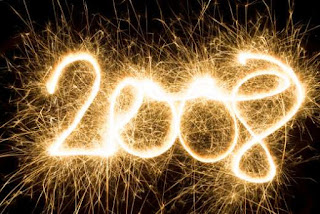 Tuesday, October 27th is the 12th anniversary of this blog's creation.  You can see the first post, way back in 2008, HERE.  Since then, the blog stats tell me that:

I'd give you the total number of page views, but the counter wasn't working correctly for the first two years (it was something I did...and I end up re-setting it), but I suspect it's about a million.

In all that time I do think the quality of my writing has improved...practice will do that...even if the quantity of my posts has decreased.  Speaking of quality, some of this stuff I wrote I just can't re-read, as it would honestly be too painful.  That noted, I normally don't take postings down, except when there may be a career consideration for me.  What's in the 112 draft postings is a collection of half-baked ideas and things that, as previously noted, might have upset a potential employer at the moment interviews or such were going on.  I suspect that I could probably re-publish about two-thirds of those draft postings, but that would probably be too much work for too little benefit.

The above is, well, pretty darn boring to everyone except for me.  But what the heck, it is the blog-o-versary after all.

Probably the more interesting story here is how my life has changed over the past 12 years.  If anything, and in retrospect, one of the things that this blog does is captures little slices of my life.  While a lot of what's written here isn't necessarily about me, it's certainly reflective of me and where I was at that particular time when it wrote it.  In 12 years my life has changed pretty dramatically.  I'd like to tell you that am dramatically happier now, but that wouldn't be entirely true; yes, many of the aspects of my life are dramatically better now, but yet some of the things that drive me haven't changed all that much.  If anything I now understand some of those drivers a bit better.  Actually translating that understanding into action is harder though than it sounds, so let's just say that over the past 12 years "I have met the enemy and he is me".

Going back to the future.

In 2008 it felt as if I could barely breathe as if there were so many things that I was trying to balance all at the same time.  In a way, having so much going on in 2008 created a kind of mental pathway around having to deal with some fundamental problems in my life.  It seems though that some things in life can not be denied forever, and for all intents and purposes, my world imploded around this time in 2010.  "Dark" does not give this time in my life justice.  Yet though, what happened then was necessary.  Even just writing this brings back unhappy feelings into my head.  Gee, thanks blog.

One of the truisms of life is that things really do happen at the right time, but unfortunately we only get to see...and understand...and feel...that in retrospect.  At no time in my 56.5 years of this Earth is that more true for me than right now.  Number 1 on that list of "things happening at the right time" is my wife, Ms. Rivers.  I wish I could just make up my own word to describe her and what's she done for me (if I did, it would be some big German/Russian/Klingon sounding thing), but I am barely functional in existing English words; adding to the language is too big of a stretch for my abilities.  What I can say is this:  In many ways, she is my hero.  Like most heroes, she has managed to be there just at the nick of time for me, often saving the day and giving me just what I need.  Her heroic powers include a level of calm that is nothing short of awe-inspiring and she also has an almost magical ability to see the good in me, even when I am completely and utterly oblivious to it myself.  Simply put, she believes in more than I do.  She also made me a part of her extended family, and for that I am eternally grateful.

Looking backward at recent history until now, it seems that maybe now I have found a place of relative stability.  Well as stable as life gets in the middle of a pandemic.  Anyway, looking at the next 8 to 10 years to come, what I see is the opportunity to tackle what represents a kind of "final frontier" of my life, a set of learned behaviors and responses that have never served me well, other than power some survival instincts that have out-worn their likely usefulness.  Cryptic enough for you?  How about this:  I now have the opportunity...the time...the breath...the attention...to seek answers to some very fundamental questions about how that "space between my ears" processes the world and drives my actions.  I can work on simply becoming happier.

As I said, a lot has changed.

Whatever the future holds, I'll no doubt continue to chronicle little pieces of it here.  As always, I do it by and for myself, as this has always been my one truly selfish indulgence over the past 12 years.  And I welcome anyone else who wants to come along on the road (as noted above, to a kind of Shambala*) with me.

(*) Click HERE to find a definition of "Shambala".
Created By Stephen Albert at 9:31 PM