A Deficit of Decency 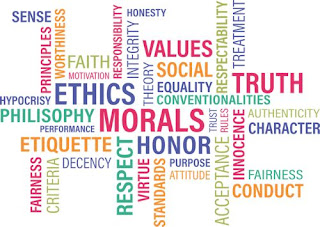 Next Tuesday, November 3rd, registered voters in the United States have an opportunity to dramatically reduce the most pressing deficit facing our country in decades.

It’s not a trade deficit.

It’s not a budget deficit.

The current occupant of the White House presents us with a world-class example of what a lack of decency looks like in actual practice*, for all the world to see:

·         Encouraging the actions of right-wing militia and paramilitary groups

·         Using the power of the presidency to proclaim other nations (i.e. non-white nations) as “sh*tholes”

·         Failing to disclose his true financial state to the people of the United States, who have a right to know if the president is in personal debt to any foreign powers

·         Failing to divest of personal/financial conflicts of interest

(*) Of course, the natural retort will be “But Obama…!” or “Hey, he didn’t do most of that stuff!”  In either case, the excuse does not carry water.  Obama did not rage tweet.  Obama did not hide his tax returns from public scrutiny.  What’s more, even if 10 of the 13 items above are actually untrue (which itself is untrue), any of the remaining three disqualifiers from office.

Anyway, this is not right.

This is not normal.

This isn’t “conservatives vs. liberals” or “republicans vs. democrats” …it’s common decency vs. stoking the worst fears of some in our nation purely for the personal power and gain of one individual.  Now I get the fact that, for example, during campaigns the concept of decency sometimes gets pushed to the side, but never in my lifetime has a president directly incorporated that kind of divisive anger into his governing style.  Not even Richard Nixon.  He does this, I suspect, mostly because it is a part of who he is at his very core of a human being.  He can no more stop his indecency than you or I could stop our hearts from beating.

I can say without qualification that this is the most important election of my 56 years on Planet Earth.  For any office.  At any time.  The stakes are not high, they are astronomical.  If allowed a second term in office, the current occupant of the White House will no doubt double-down on his indecency at levels that will make the last four years seem like a Sunday morning prayer circle.

The tweets will get meaner.

The rhetoric will become even more divisive.

More U.S. allies will be alienated, and more U.S. enemies will be coddled.

He will unabashedly and publicly target those he perceives as his personal enemies using the powers of his office.

The office of the President will become a wholly-owned subsidiary of a man who has failed at business (with 6 business bankruptcies*) and at life (3 marriages).

I get it:  Joe Biden may not be a perfect alternative to the current occupant of the White House.  He may not be everyone’s first choice to be the president.  But he is a decent person, and in 2020 that is exactly what this nation needs.  More than ever, we just need some shred of simple human decency in the leader of the free world.

If you haven’t already voted, please vote for Joe Biden on November 3rd.  The very soul of our nation depends on his winning this crucial presidential election.

Created By Stephen Albert at 8:32 AM