It's a topic I can't resist, although I'll preface what I'm about to write by noting that my opinions are completely those of a listener.  Put another way, I don't know much about the media business, and at age 53(1), that's not likely to change.  So if you want a professional's opinion, find another blog.  On to the amateur hour.


moby worm, coming to get ya

My list isn't in any order, other than the first one listed.  I'll also note that I've only listed broadcasters that I've actually listened to over the years.

Howard Stern
I've written about Howard Stern before on this blog over the years.  I first heard his show during the summer of 1986 while I was living in York, PA.  I've been a fan ever since.  I don't find everything he does funny; in fact, I find some of his bits to be cringe worthy.  However, when all is said and done, Stern will go down in history as someone who basically re-invented radio and who could be wildly entertaining.  His sound effects guy, Fred Norris, deserves special recognition for his ability to drop just the right sounds at just the right time.

Rush Limbaugh
I hate what comes out of Rush Limbaugh's mouth, but I admire how it comes out.  If that makes sense.  He's entertaining and engaging.  What I find fascinating about Limbaugh is the fact that, deep-down, I don't think he believes half of what he says, in spite of the fact that his legions of "ditto-heads" take it as gospel.  I also admire the fact that he's not above making fun of his "character".

Art Bell
I've read where Bell was notoriously difficult to work with, but man, he could keep an audience mesmerized.  I know 98% of the stuff coming out of his mouth was outlandish, unmitigated nonsense, but man, it sounded good (and convincing).  He was kind of like an odd uncle that would tell you incredible stories.  "From the Kingdom of Nye..."

Garrison Keillor
The only person on this list I've ever actually seen in person(2).  I was an occasional listener of A Prairie Home Companion.  The music for me was so-so, but I always enjoyed Keillor's ability to tell a story.  There was always something very comforting about hearing him on the radio.

Michael Feldman
I doubt many have heard of Michael Feldman(3).  His show, Whad'Ya Know?, was a companion for me as I made many trips back and forth to college in the mid-1980's.  Think of him as being Wisconsin's answer to Garrison Keillor, and his show as being basically "A Dairy Home Companion".  Back then it was fun and entertaining for a young man (me) who really had no clue what he was doing and was lonely as he cruised down I81 in a 1974 Chrysler. 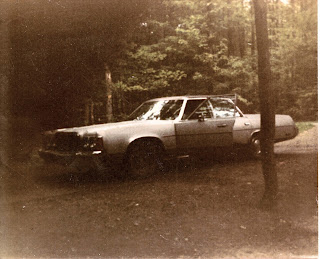 Papa Joe Chevalier
The only sports commentator that I ever found even remotely funny or engaging.  I loved his show when it was on locally.  He had the best theme song ever.  He also managed to talk about sports in a way such that you really didn't need to be a sports fanatic to "get it".  May he rest in peace.


So, what about Imus?

Don Imus was cranky and mean, be it to his listeners, to his staff, and some of his guests.  While many top-tier radio personalities have healthy egos, Imus has one that seems outsized by comparison.  Towards the end of his career, he was also unlistenable, mumbling his way through rants.  While I've listened to Imus over the years, I never found him to be entertaining.  He needed to retire years ago.

Created By Stephen Albert at 9:50 PM