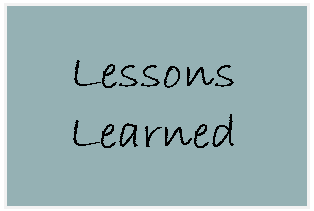 Something of a follow-up to THIS posting from February.

Am I afraid of anger?  Part of the answer is, I think, yes.  Growing up, as I may have noted before, my Mother basically had two emotions:  Angry and not angry.  There would be some occasional happiness thrown in, but by and large, her predominant emotion that her children witnessed was that of being mildly pissed off.  To that point, my Mother never needed to do much in the way of disciplining her four sons, mostly because she was so very skillful at intimidation through anger.  We behaved mostly because we were afraid not to.  And we didn't know any better.  Anger was a kind of mental blunt-force weapon.

Fast forward to adulthood, and I tend to react strongly to anger.  While those reactions run a certain gamut, one isn't usually present:  Anger.  I don't get angry because someone else is angry.  In fact, and as I noted in February, I rarely now get truly angry.

In some respects it's a blessing:  I am truly at my best in times of crisis.  I am good at listening when others are upset.  I can be the voice of reason when chaos seems to be swirling all about me.

Like many good things though, there is also a dark side:  My being calm is, in some respects, simply a reflex reaction, an ability to withdraw when strong emotions are present.  I am calm in part because I learned to avoid strong emotions like anger.  For me, well, anger isn't a healthy emotion.  In fact, I have a tendency to view those who are chronically angry as being, in some respects, weak.  Out of control.

There's the pivotal word in all of this stuff.  Anger for me represents a loss of control.  And I can't lose control.

Loss of Control = I can no longer rely on myself.

I Can't Rely on Me = There is no one else to rely upon.

Growing up, we were something of an island onto ourselves.  Knowing rationally that we can rely on someone is different than actually feeling that you can rely on someone.  For me, well, the feeling was just never really there, and that part has repeated itself throughout my life.  It influenced me far too much in my young adult years, and I'm fairly convinced that this obsessive need for control ended up driving more than just mental knots in my head...it's likely also responsible for some of the physical ailments that face this "sooner to be an older" guy.

So what's the purpose here?  What's the "endgame"?

The latter, well, I guess within life we all know what the "endgame" really is, so no sense even mentioning it.  No, here it's the space between here and the "endgame" that's important.  All of this means that I need to/am working on a few things...

...authentically expressing my feelings
...not using guilt as a plug-n-play cop-out for failing to deal with my own feelings
...remembering that I do have truly good people in my life who I truly can rely on
...acknowledging that ultimately control is nothing but a sloppy (at best) excuse for insecurity

Heady stuff, I know.  With that, the psychoanalysis postings are (mostly) concluded.  For now.

The next posting will be about cats.  Maybe. 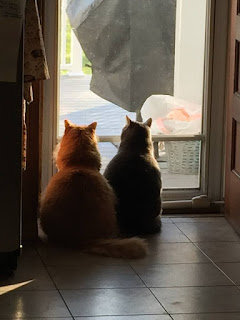 Created By Stephen Albert at 9:10 PM