What can you say about a year that starts with a health scare and ends with (arguably) a career scare? 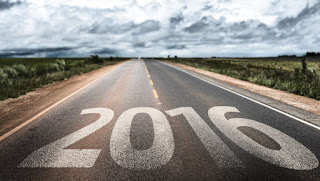 Part of me thinks that I shouldn't even try, but I'm going to keep writing anyway, so let's see what comes out.

Thinking about the year, it's easy to be negative, at least on the surface.  However, that's just a cheap sentiment.  Or so I want to believe.  Regardless, as is the case for most of my life (and that of most others), what seems like a negative actually ends up being a net positive.

Take, for example, some health issues I was facing at the beginning of the year.  Yes, getting a chemical stress test isn't something I'd recommend as a party game.  And a sleep study?  Well, let's just say that it doesn't actually involve all that much actual sleep (unless you try very hard...see HERE).  And a few other tests I won't even mention, the sum total of which added up to more needle sticks and doctor visits than I've had since my appendix burst in 1969.  Still, what problems I seem to have had have (hopefully) been remedied, and the whole episode taught me the value of taking better care of my physical self.  Granted, I don't have all that many bad habits to begin with (Is watching TV preachers just for fun considered a bad habit?), but still, age has a way of catching up with us, whether we like it or not.  Better to deal with stuff like this earlier than later.

On the career front, well, I can't say with complete candor that a major job change was a complete surprise, because it wasn't.  In fact, I'll cop to this one:  The possibility of a change has always been in the back of my head, wandering around like a stray cat through an alleyway.  Easy to deal with?  No.  Opportunity to learn a few important life lessons?  Of course.  The accounting is still on-going on that second front, but suffice to say that in the end, it will be all worth it.  It has to be when you think about it deeply, as we are all given changes like this in our lives, and it's as if the universe (and/or God) says to us "Hey, you know that choice you've been putting off?  Well, guess what?  We're tired of waiting, so this is going happen right now, in spite of your sloth, okay? Thank you, drive through.".

Two major life events, and one common theme:  Choices to me made which I had, in all likelihood, been putting off for a long time.  What I do with them, well, that remains to be seen.  Here's to keeping the faith in 2017 and beyond.

Now 2016 wasn't all health gloom and career doom.  In fact, by just about any objective standard, I had a great year.  I am still married to my best friend and we celebrated our one year anniversary.  My daughters are all doing well (go ahead...ask me about them...I dare you...), as are my stepsons.  Oh, and I purchased this... 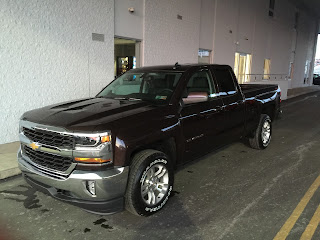 Yes, quite possibly the least red-neck man on the planet now has an over-sized pick-up truck.  And I love it.

I learned that a lot of people are pulling for me in this time of change.

I learned just how fortunate I truly am to not be suffering from many of the maladies that seem to plague so many in this day and age, including mental health and substance abuse issues.  I genuinely grieve for those who do suffer.

I learned to rely on others just a bit more.

I learned to be a bit more fearless.  This goes hand-in-hand with relying on others; for me, it takes a leap of faith to rely on someone else.

I learned that all of the work I've done over the years to not needlessly dwell on the past has really paid for itself, several times over.

I learned that the Eastern Gray Squirrel is actually a ninja with a fluffy tail.

I learned that I have mad electrical skills.  Four words:  Power to the garage.

I learned that faith is the hardest simple thing in the universe.

Gratias Ago
Last, but not least, and seeing as though this will be my final posting for 2016, I want to say thanks for reading my blog.  I appreciate your allowing me to share bits and pieces of myself with you.  I hope that you and yours had a good 2016 and that the prospects for 2017 are even better.

Created By Stephen Albert at 10:51 AM