A year ago today I married my best friend, someone who literally grabbed me from the depths and, while she doesn't like to hear this, saved me.

I confess, it feels a little odd celebrating a one year anniversary at age 52, but that's okay, because I firmly believe that no one is never too old to start anew.

So, what does it feel like one year out?

At times it feels as if we've been at this forever.  For the record, we haven't, unless you consider "about five years" to be forever.  We just, for lack of a better way to describe it, "fit".  Not like an old pair of shoes, but more like two pieces of a larger puzzle that, when put together, create a picture heretofore not seen before.  For the record, I've always wanted to use the word "heretofore" in a sentence.  Anyway, I have to gut-check myself via a mental reminder that all of this time is but yet a small sliver of my life.

At other times, I'm still shocked at how my life has changed over the course of what is actually just about ten percent of my existence.  Smart people write about how we truly are the masters of our own existence and that there is always hope.  Years ago that sounded, well, like a nice theory, of the sort that was meant for others but never for me.  Today, I can count myself as a living example of those ideas.  Mind you, sometimes I forget and my thoughts drift back into old habits, but the wonderful reality of my life today is that it has an equally wonderful habit of pulling me back into present reality with lightening speed. 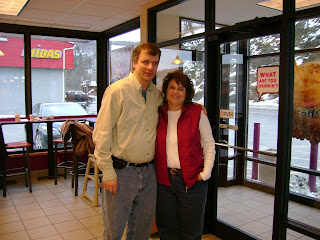 A circle is complete.

It's not just a one year wedding anniversary; it's more the larger of idea that we all have a shot at redemption.  When you go through something like a divorce, you lose a lot, and I'm not talking about things like money either, as that can always be replaced, or your lifestyle choices adjusted.  Part of my blessing is that while I did truly lose a lot, I didn't lose everything...in fact I kept the truly most important things (see directly below)...and I ended up gaining much more. 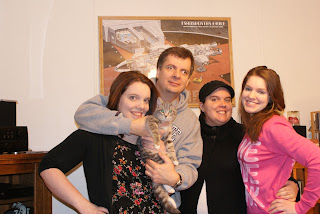 There's no cosmic or karmic accounting that works here, but I think that life ultimately is about making choices and taking chances.  I'm Not taking "shaving my head and joining a cult on the chance it will lead to true self-actualization" kinds of chances, but more of the "the possible rewards of taking a chance are greater than the risks of staying the same" variety.  It's a way of viewing the world not as a threat to your existence or even as being full of possibilities, but instead viewing yourself as an intricate part of the world.  The trick, if you want to call it that, is to realize that you are a part of the world in the first place.  That's sometimes easier said than done. 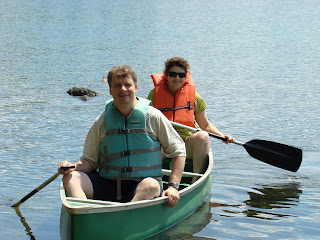 So here I am now, writing this as a kind of open contemplation of a life well changed.  I've noted in this blog many times over the years that I  believe we all have a "shot at redemption", a thought that applies as much to me as it does to anyone else.  Maybe even more so.  Prospectively I know from experience that it's sometimes difficult to see that redemption in front of you, which is probably a good thing.  Why?  Well this has never been about redemption as being a destination or goal, something that should be planned for or coveted, but rather it's about a journey.  I don't think we ever achieve redemption, but rather maybe we walk in redemption instead, which happens precisely at that moment when we believe that we, in fact, can. 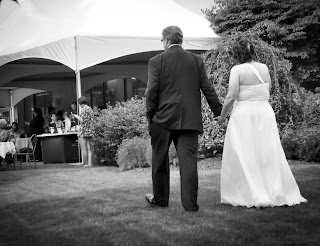 Here's to everyone's journey walking towards (and in) redemption.

"Redemption is never where you expect to find it."
- Sherrilyn Kenyon


Created By Stephen Albert at 8:44 AM