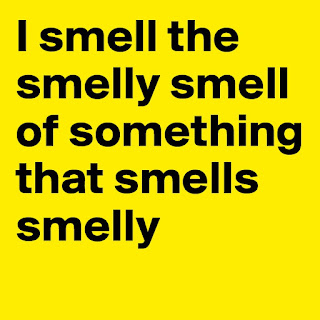 From the February 26, 2016 edition of the Scranton Times:

The "him" in question is the executive director of the Scranton Sewer Authority.  Another officer of the authority was also given a substantial raise.  You can read the article HERE.

Now I have no doubt that engineering the sale of the sewer authority requires significant effort on the part of the salaried professionals that run that organization.  But they are salaried for a reason:  They are paid to do whatever the job entails, even when that job did not initially entail a sale of the authority.

I've been working in the private sector for almost 30 years.  In none of that tenure I can't ever recall personally hearing of an executive, barring a promotion, receiving a 34% increase in base pay, not even for organizations without extensive bonus or other additional compensation arrangements.  Welcome to the magical world of Scranton and the public sector.

As a side note, should a teacher who during the school year gets additional special needs students in his/her class also get a 34% increase in pay?  I've known teachers and this kind of scenario happens.  And it creates a lot of extra work.

Again, I am absolutely sure that the Executive Director is doing a lot of extra work.  But that comes with the title of "Executive Director".  Should he be entitled for some remuneration for that work?  Of course.  Heck, maybe he should get some kind of performance bonus when the authority sale has concluded (and Scranton sells yet another fixed asset to help pay for on-going financial obligations).  Increasing a base salary by a third?  That's simply ridiculous.

Want to know what else is ridiculous?  The fact that no one seemed to notice or care about the 34% raise.

A few questions should have been asked in this case:


Look, it could be entirely reasonable to give the executive director this raise, but questions should have been asked.  This isn't about the executive director as a person either.  I'm all for anyone doing the best they can when it comes to being compensated well; I just think that heightened scrutiny is due when the public is forced to pay for that compensation (and the public has no choice but to pay this salary...it's not as if a Scranton resident can say "Well, I don't like this deal; I'm going to create my own sewer system".)

Scranton's authorities have long been shadowy, insider places.  This recent news item proves that tradition continues, robustly and with vigor.

Created By Stephen Albert at 1:59 PM