Pete Townshend Had It Wrong

From the iconic Who song "Behind Blue Eyes"...

You can see the rest of the lyrics HERE.

The longer I live, the more certain that Pete Townshend had it wrong.  It's not that no one knows what it's like to be the bad man; no, it's just the opposite actually.  There are many good men out there, but I think it's far harder to be one than the alternative.

I try, mightily I might add, to be a one of those good men.  I haven't always succeeded, but I try.  Sometimes it's the "bad man" that actually has it easier when you think about it:  Simply act on angry, emotional impulse.  Auto pilot engaged, problem solved.

As noted above, it's not easy on this side of the ledger.  I have forever in my life toiled over decisions that involved difficult circumstances, particularly for others.  In some respects...well in many respects actually...I know I've made decisions that were actually far easier for others than they were for me.  I don't regret these decisions.  In fact, I try very hard to regret basically nothing in life, as that seems like an enormous waste of time and energy that I'd rather spend on the here and the now.

Telling lies?  That seems easy.  Pondering over how to tell the truth in a difficult circumstance?  That's hard.

Popular culture romanticizes the "bad man" far too often.  Thugs are glorified in music and viewed in almost cartoon character terms.  Donald Trump is cheered when he talks about women, Muslims and Mexicans in disparaging terms.  I don't know if Mr Trump is truly a "bad man", but he does seem to act the part.  To his credit though, I think he's just parroting what American culture seems to be impressed with all too often, namely this notion of "winning" with little regard for how the victory is obtained.  We value the rogue, the pirate, the "break-the-rules" cop, and the vigilante.

None of this is hopeless.  One thing I have observed is that we like to see the "bad man" on television and the movies, but we don't necessarily want them living next to us.  Drama, it seems, is best left for screens, both big and small.  Put another way, Dirty Harry makes for a great movie, but when we need a real police officer, we'd probably prefer to deal with Frank Furillo. 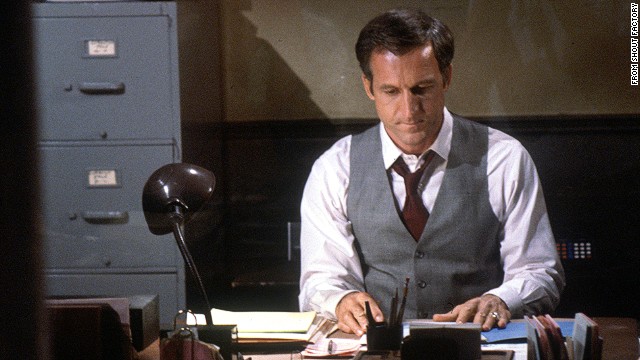 
Created By Stephen Albert at 8:39 PM