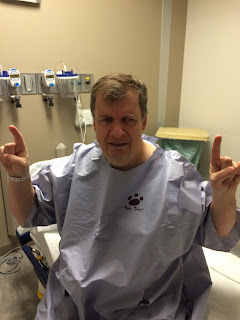 (Attempting to be metal...not a good move for an ABBA fan)

Yesterday was something of a culmination:  Nearly 60 days after it was determined that both my heart rhythm and rate were majorly screwed up, I was to have myself shocked back into some sense of normalcy.  Now just make things interesting, I started to come down with my "once every 18-24 months" cold on Tuesday.  Honestly, I just wanted to get this over with, so there I was on Wednesday morning, hoping that a sore throat wouldn't impede my cardiologists ability to zap me into normal.  As it turns out I likely didn't sound too sick (I was trying to not sound sick, for the record) or they didn't feel like rescheduling me either, so after a quick consult after arriving it was deemed that I was fit to be treated.

The worst part of the experience?  That was the waiting, which all told isn't the worst thing I ever had to endure.  Major kudos of the incredibly professional cardiology staff at Geisinger CMC, as they were nothing short of terrific.  I barely felt the IV going in.  "Ray", one of the procedure nurses, even got my 70's reference to holding a hotdog between my fingers as I was being zapped. 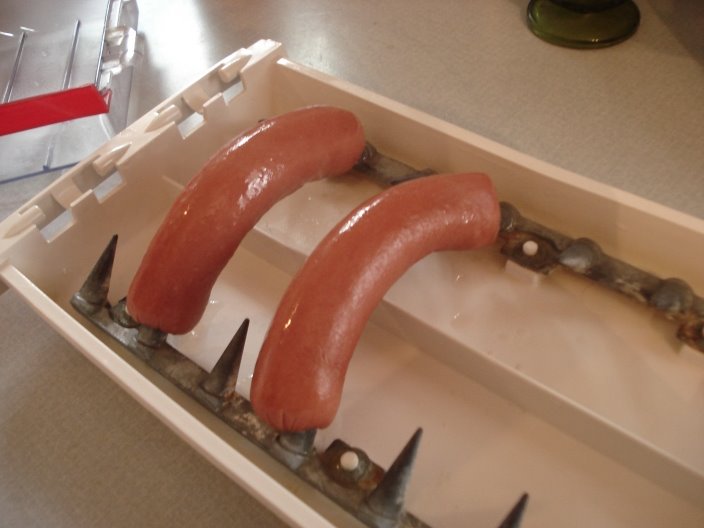 The treatment was successful and now my heart seems to operate according to factory specs.  Granted I couldn't feel that I had a problem before anyway.  I will admit though that the inside of my chest does feel different since the procedure...if feels "lighter".  Then again maybe that's the cold.  Who knows?  Oh, and my chest itches something fierce where the paddles were applied.

From here, well I have more appointments ahead and potentially a sleep study to try and figure out if poor sleep is contributing to all this madness.  I'm also going to be on a blood thinner for the long haul, which on one hand isn't all that bad...I don't randomly spurt blood at the slightest nick and/or cut...but on the other hand kind of stinks, as I'm limited to what cold medications I can take now (read:  Basically very few, as most has some impact on heart rate).

There will be more weight loss (I'm at 20 & counting), far less caffeine and some consciously better work at stress reduction.  In the grand scheme of bad health news, I am getting off rather easy.

Created By Stephen Albert at 8:54 PM

Email ThisBlogThis!Share to TwitterShare to FacebookShare to Pinterest
Labels: Health, Me