A few photos from a recent trip to New Hampshire.  See my posting about Lowell, MA for a few additional details.  The portrait photos were taken with an iPhone 6 Plus.

Thinking about New Hampshire, it's a bit ironic in that during the beginning of a presidential race, most people hear about the state as being a place where there is an early primary.  That's sad, in that this is about the least political place I could possibly imagine.  New Hampshire is the every essence of "live and let live". 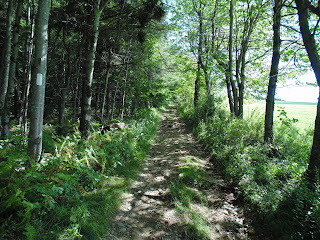 New Hampshire, like Maine, is a place that really has to be explored on foot.  This is a good thing, as many of the places one can go can't be accessed any other way. 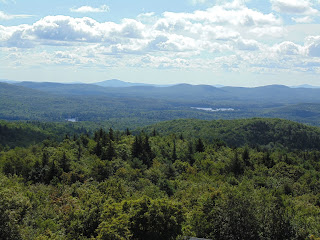 The view from the top of Pitcher Mountain, elevation of about 2160 feet.  It was about a 30 minute (or so) walk to the top of the mountain. 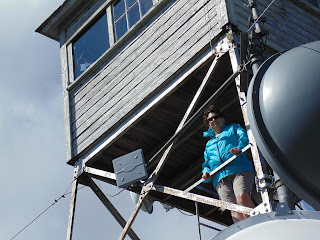 Ms Rivers, climbing up to the top of the Pitcher Mountain fire observation tower.  It's a wonderful view, but once you climb the tower steps it starts to get very windy. 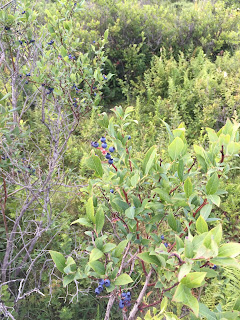 One of the things I enjoyed most in New Hampshire was blueberry picking.  I'm not sure why; perhaps because it's a singular kind of task, of a kind that escapes me these days all too often.
Effort = Pick Blueberries; Reward = Eat Blueberries.
Wouldn't it be great if our professional lives could be so simple? 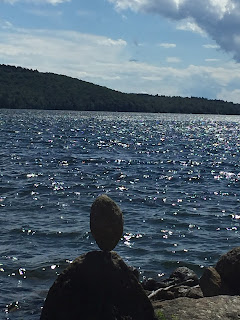 Places like New Hampshire and Maine remind me how important balance is in life.  The view is of Nubanusit Lake, where a day was spent on and around the water.  This is, without doubt, the cleanest lake I have ever seen.  Note that I was smart enough not to bring the camera out on the kayak this time. 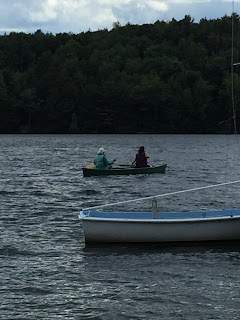 The lake was a bit too cold for swimming (at least for me), but not so for canoeing and going out on the kayak.  The picture is of Ms Rivers and her 80+ year old aunt.  For the record, I want to be that active throughout my life as well.  The sailboat in the foreground is named the "Sheldon Clipper".

A special thanks to Ms Rivers' aunt and uncle for hosting us for a few days.  It was an enjoyable and relaxing time.  It was also a reminder to me that there is real value in simplicity, something that I think many of us forget as we go about increasingly complex lives.  Some of the easiest lessons in life are the hardest to learn, and one that really is continuously shouted over these days in our culture is the notion that "success" equates to consumption and having "stuff".  In reality, nothing further could be from the truth.

Created By Stephen Albert at 7:35 AM