A few photographs from a day trip to Lowell, Massachusetts.

Lowell is an interesting town.  You can read more about its history HERE.  Ms Rivers and I stopped in Lowell while in route home from a few days in New Hampshire to visit family.  Now prior to the trip I had known of Lowell (the town, as opposed to the singer), but that was mostly a view of the town as being an "old mill town".  While my general impression was correct, there's a lot to see in Lowell, and I do recommend a trip for those with any kind of interest in the history of business, the labor movement or New England in general.

Anyway, on to a few photos.  I'll note that the camera I usually take on trips is being repaired (status unknown at this time...thanks Geek Squad), so these were taken with my point and shoot Sony DSC H200. 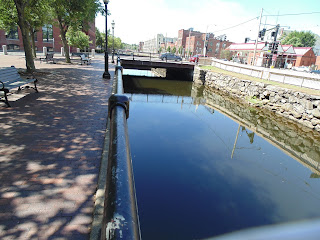 Lowell is a city of canals...canals which provided water that powered the mills. 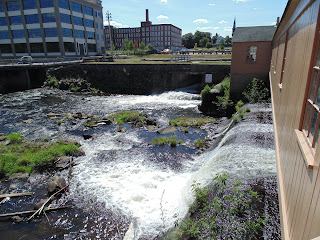 Water is diverted from the Merrimack River into the canals, with a total drop in elevation of something like 30 feet overall. 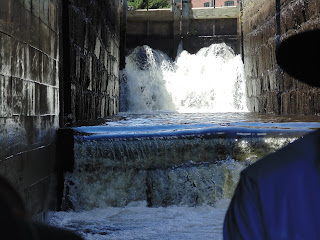 The canals can be navigated, using a series of locks.  The canals are actually relatively clean, and there is a robust fish population living in the waterways. 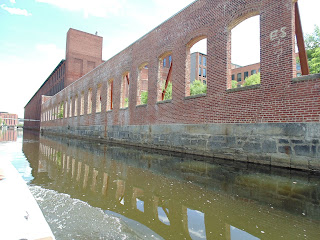 Only about 10% of the mills that once dominated Lowell are still in existence; some are kept merely as shells. 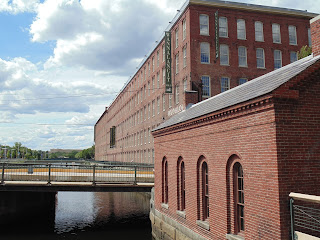 There are several mills though that have been restored and are part of the Lowell National Historical Park; the park offers both canal and trolly tours of the remaining mill sites.

The best part of the tour for me was the canal ride; I had never been on a boat that went through a lock before, and the lowering elevation was fascinating to watch.  The worst part?  That was in the Wannalancit Mill, which while I found it fascinating (the mill has a more or less operational water turbine, which is way cool), I also found it physically difficult to be in, as the air in the building was so thick with moisture that it made my breathing difficult.  All for a good cause though.

A great place to visit, just not for the younger folks.

Created By Stephen Albert at 10:03 PM