I confess:  I write a lot of material.  The result is that most of the time I post about once every two to three days.  It's also common for me to have something like 15-20 postings in various stages of draft.  The draft postings come in handy when I feel like I want to post something, but for whatever reason I have trouble actually coming up with a coherent topic and set of thoughts.  Key word in that last sentence is "coherent"; my mind is a scary place, filled with all manner of continuous thoughts about lots of different things.  It's no wonder I don't sleep well and get up at the crack of dawn each day.  Anyway, I have a ton of stuff.

This past week was interesting though in that I had some time to write, but it was just impossible to take the time to start typing something out.  Calling that "writer's block" is far too kind, as it implies that I'm a "writer".  As I've previously noted, I am not a "writer"...I am a person who writes.  Emily Dickinson, T.S. Eliot and Hunter S. Thompson were writers.  I, on the other hand, joyously accept my hack-ish, amateur status with aplomb.

Getting back to this past week, thinking about why it was so hard to start a posting, or even complete one of my 20 draft postings, I'm left with one conclusion that makes sense:  There was just so much negativity that it was stifling.  No, the negativity was not at home; Heck, we just had a new deck installed, which is a really positive thing. 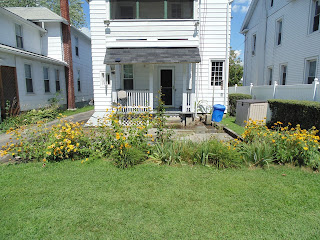 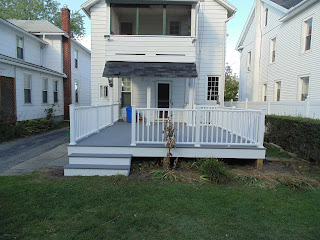 But the world around us?  So very negative.  ISIS killing archeologists, Ted Cruz acting like an inhuman dolt when asked about Jimmy Carter's cancer diagnosis, Bernie Sanders complaining about absolutely everything, someone trying to steal my car stereo, Hillary Clinton's current (email) scandal, everything coming out of Donald Trump's mouth...and the list goes on.  It's stifling.  It's as if the air were full of a dark emotional smog.

I'm not sure what to do about it.  I do have my next graduate school class starting on Monday, so maybe having more important things to ponder will help white noise out the gloomy din that seems to surround me.  Then there is also the tried and true tactic of ignoring the feeling in the hope that it will simply go away.

In any event, here's to brighter days and happier news.


Created By Stephen Albert at 9:27 PM

Email ThisBlogThis!Share to TwitterShare to FacebookShare to Pinterest
Labels: Blogs/Internet, C-S, Me