Preface:
My younger brother delivered a eulogy at my mother's funeral yesterday.  Had I delivered it, this is what I would have said.  The end. 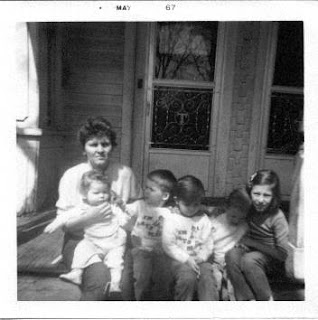 It wasn't supposed to end this way for my mom, Doris Albert.  Nope, it wasn't.  One of the toughest people I've never known shouldn't have had to die all tubed up like some kind of junior high school science experiment gone wild.  Bitter?  No, I am absolutely not bitter.  I really am not.  Last Friday at 2pm it became my mission to carry out my mother's final wishes and see to it that her life ended with dignity, and nothing was going to stop me.  I, along with my brothers, were "successful" (an odd choice of words given the circumstances), and as such my current feeling is more akin to relief.  I will say though that I just wanted my mother's final days to be somehow different.  As if there is this "good" way to die, because in the end the outcome is just the same.  I also just wanted a chance to just say goodbye, which in a way I did get.  I also have the consolation of those last few words before she went into surgery on May 28th.

Thinking about it, we (all sons) believe they (our moms) will live on forever.  Of course this flies in the face of every shape and form of reality, but then again we sons grow up to believe that we are somehow indestructible as well.  If we are indestructible, then of course our mothers must be as well, right?

Doris Albert could be a hard person.  She was tough in ways that are still difficult to describe.  I say this not just as her son, but as professional adult who has had more than a few life experiences of my own to which I can draw such comparisons.  My mother was demanding and opinionated.  For the record, I don't think it's possible to successfully raise four boys as a single parent without being demanding and opinionated.  From 1985 forward she rarely showed any emotion other than, well, sometimes "pissed off".  That wasn't the case prior to 1985, but so I digress.  The stories of why my mother was who she was mostly escape me; I know some details, but I suspect there are far more I don't know and will likely never know.  And this is okay.  I do know that my mother truly loved her children, words aside.  All of them.  She may not have always been capable of fully expressing that love, but she tried in her own way, and I suspect that she carried far more regret in her small frame than any of us could ever understand.  Now that regret is all gone, and so is the physical pain she endured for so very long.

My mother meant the world to me when I was growing up.  At age 5 I remember her carrying me up to Mercy Hospital as I endured the worst stomach ache imaginable (one that end up being a burst appendix and resulting peritonitis).  I remember her rescuing me when I fell into the deep end of a swimming pool.  I remember her tickling me as I walked upstairs when I was young.  I remember almost constant lectures on the importance of being well educated.  I remember the vacations in Atlantic City.  I remember the lessons on the importance of punctuality and working hard, lessons not so much "taught" as they were "shown".  I realized very later in life that some of the lessons she taught weren't quite so direct; more of the "live not by my example" variety, but they were lessons never the less.  One of these important lessons centers around my own need to cultivate more...and deeper...friendships.

Now for the record, despite my mother's inability to express much in the way of emotion I know for an absolute fact that she was deeply and exceptionally proud of her grandchildren.  My mother had a soft-spot for intelligent, independent women, and all of her grandchildren fit that description.  All of them.  In a small but very real way this made her exceptionally happy.

In the end we are all inexorably shaped by our parents, and I am no exception.  As I write this and think about my mother, I realize that her story doesn't end here.  No, it's up to her children, yours truly included, to carry her "better angels" into the future, not just through the stories of life we all have, but through our actions.  By this standard her legacy, if you will, is ever-evolving.

Love,
Your Son Steve
Created By Stephen Albert at 7:33 AM