Cars Can Kill People...Should We Ban Them Too? 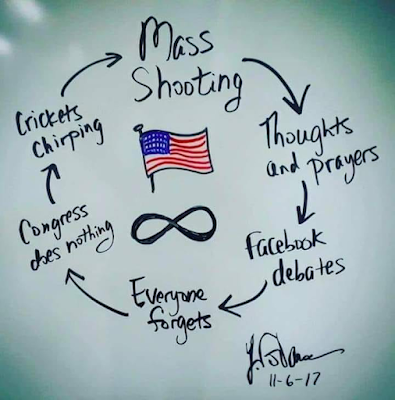 I am admittedly reaching my mental and emotional saturation point when it comes to school shootings.  That's not to say that I'm going to bury my head in the sand, but I just need to dial back on the social and other media consumption when it comes to this horrific stuff.  I'll act in other ways for positive change.

Anyway, as something of my last social media comment about this, I've read multiple times an anti-gun control argument that does something like this:

"Cars can kill people too; should we ban them too?"

The argument itself has some major logical flaws.  First and foremost, we have the fact that virtually anything that is misused can kill someone.  That includes hammers, reciprocating saws, 80lb bags of concrete, a printed copy of the Internal Revenue Code, zip lines, box cutters, gasoline, a can of Raid And and Roach killer, and someone's dog woofy.

Guns, however, are different.

Why? Because guns are one of the few things in this world that have, as their primary design purpose, killing people.  Guns were not some tool that was morphed into a killing device...they were developed as killing devices.  This is what they do.

Can a gun be just used for target practice?  Sure.  But they are still designed to kill.  It's not a coincidence that many gun shooting targets are silhouettes of people (see HERE as just one example).

Can they be used to deter violence?  Sure, but let's not kid ourselves...that deterrence is based solely on the ability of a gun to kill.

Can they be used for hunting?  Sure, but a bullet designed to cut through a white-tail deer will just as easily go through a fellow human.

I am not suggesting that we ban guns.  If you own a gun and you are a responsible human being about it, well good for you.  I am also not suggesting that the solution to mass shootings can be found solely in the area of gun control because it can't.  For example, we have to have a far better discussion about mental health in this country and what drives someone to kill innocent children.

What I am saying is that changes to gun laws, in terms of access, capabilities, and monitoring, have to be a part of the discussion.

Created By Stephen Albert at 9:25 PM