A few things I've learned and have had confirmed over the half of the summer(1) that technically isn't really a "half-summer".
These are not fun times, by any stretch.  Maybe, ten years from now when I look back at this posting(2), this will be the bottom of a kind of curve that will start swinging upward in the not too distant future.
We are all in the world, by the way, so none us escape the kinds of things that are noted above.  In fact, they are a kind of background for our main gig, namely our lives.  Here's where my "main gig" stands. 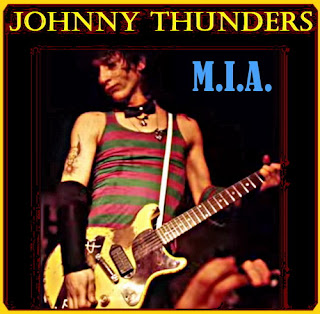 On that note, it's time to wrap this posting up.  Here's to the balance of the summer of 2020 being a bit less dramatic for all of us.


(1) As kids, we all experienced this:  Summer started when schools let out, and by the time late August came around, it was more or less time to start thinking about the school year starting again.  Hence, mid/late July = Half Summer.
(2) Not so far fetched, as I've been writing this blog since October, 2008.
(3) Former lead guitarist for the punk bank The New York Dolls.
Created By Stephen Albert at 11:06 AM