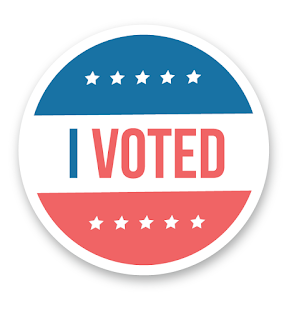 For the second time in my life, I voted by mail.  The first was the general election of 2016 when election day coincided with a vacation in Florida.  Why was this time number two?  The most basic reason is the fact that, as someone with asthma, I just didn't want to run the risk of being with a large group of people for an extended period of time in an enclosed space.  Another reason was basically that I could.

What's important is that I voted.  Period.

Now there has been a lot of noise in social media about voting by mail.  Sadly, I will note, I think part of that noise is simply designed to:

None of that noise is based in fact.  Voting by mail has not proven to be any less secure than voting in person (citation HERE).  In fact, Pennsylvania's former governor, testifying in court trying to defend a voter ID law (that was struck down), conceded that he, as a former Attorney General for Pennsylvania (and as governor) had not prosecuted a single case of voter fraud by impersonation (citation HERE).  Not a single one.  Voting fraud is exceptionally rare.  What's more, the state of Oregon, which has allowed voting by mail for many years, has not had any significant voter fraud issues. 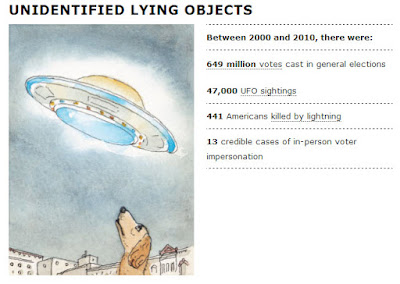 "if you can wait in line at Walmart, you should be able to wait in line to vote" is one of the gems of (un)wisdom making the social media rounds.  First, comparing the right to vote to buying cat litter at a place where 46% of shoppers are wearing pajamas is a bit of a stretch precisely because one is optional and the other is an obligation.  What's more, I can make a choice about where and when to shop...those choices are really not as available when voting in person, where the polls are only open for a certain period of time on one day and in only one location (for me).

Another bit of twisted logic associated with voting by mail is the fact that some of the loudest voices against it are also some of the individuals who actually do it themselves.  If the concern is that voting by mail is not secure, well, then it is not any more secure if the reason for voting by mail is to cast an absentee ballot?  I know though that hypocrisy is a difficult concept for the dim to grasp.  What's more, if mail is susceptible to fraud, why then do we use it for such high-risk endeavors as sending Social Security checks?  For more information about fraud and voting by mail click HERE.

In the end, we need to look at who would want to discourage voting by mail and why they would be so predisposed.  I suspect that a hard look at this opposition will show us things that we'd prefer not to see, namely the fact that some believe they will win only if others don't vote in large numbers.  That's not how a democracy works by the way.

Created By Stephen Albert at 4:38 PM