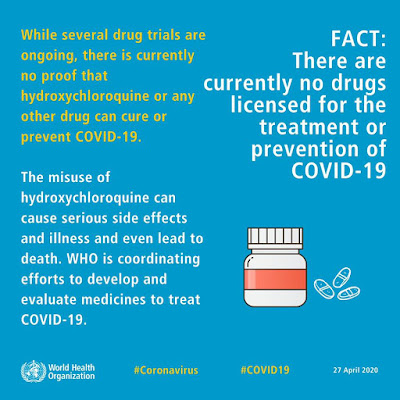 Here's a basic & a timely lesson in Science:
Let's suppose, very unfortunately, that your doctor diagnoses you with having cancer.  Let's also suppose that you have unlimited financial resources.  Based on those unlimited resources, you are able to see 99 other doctors for a second (and third...up to 99th) opinion.  In all of those 100 diagnoses, 98 of the doctors said that you do, in fact, have cancer.  Two doctors, one of whom is not a specialist, by the way, said that you do not have cancer.  The question is this:  At the end of all of this, do you now think that you have cancer and will you seek out appropriate treatment?

Science is about coming up with a hypothesis (i.e. you have cancer) based upon the preponderance of the evidence (i.e. data from medical test results).  That hypothesis then stands up to scrutiny and is either validated or proven wrong...again...based upon the preponderance of evidence/data.  Not faith.  Not the opinion of a politician or his enablers.

The moral is this:  If in doubt about something related to biology (or climatology, or astronomy, etc.), look for what consensus of what science tells you.  Ignore fringe opinions.  And certainly ignore the opinions of those who are not experts, most especially those who are politicians or media talking heads.

The lilacs are in bloom, including the two small bushes I planted last Spring. 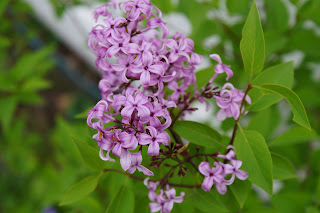 My mother loved lilacs, and I have to confess that I am rather fond of them myself.  Lilacs are interesting plants in that they are very slow-growing, they can be very long-lived and for the most part pretty damn unimpressive as far as bushes go.  Yet, those two or so weeks in mid-spring when they are in bloom, they are the kings of the plant world.  Sometimes a single grand gesture can make up for a year's worth of mediocrity. 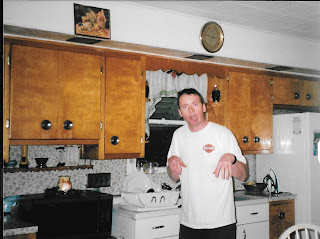 (My brother in his natural habitat...the kitchen)

Today would have been my brother Chris's 55th birthday.  To honor him on this day, I'll talk about some of his very human qualities.

First, Chris was well-read.  Like me, he wasn't all that interested in fiction (unless you include the border-line fictional writings of Ann Coulter), but he devoured biographies, especially about musicians.  He also loved the poetry of Edgar Allen Poe.  There were more than a few books we traded over the years.  In fact, the last gift I got for Chris was I Am Brian Wilson.

Second, Chris was tidy.  Another trait we had in common, absolutely the result of how we were raised, was the fact that he was very neat and tidy.  Wherever he lived, the place was always well taken care of, including (and especially) the kitchen, where he loved spending time.

Third, Chris loved to cook.  I have little interest in food for the most part; I don't like to cook and my tastes tend to run in the simple/boring.  Chris, on the other hand, just loved cooking and eating different things.  He shared the later with my older brother Rich, who will basically eat just about anything once.  No matter what he was actually doing to earn a living, he almost always had a cooking side-job.

Fourth, Chris was very good-hearted.  While he was quick with what could be some insensitive humor (see "Finally, ..."), in reality, Chris had no time for racists, racism, bigots, or anything else of that same ilk.  This is one of the reasons why I firmly believe that this often-spouted love for some political conservatives was actually more about theater (and cheesing off our mother) than anything else.

Fifth, Chris was the only one of us with any shred of athletic ability.  While I played a little bit of basketball, in reality, I have little in the way of natural athletic ability.  Chris, on the other hand, was both a runner and an amateur boxer.  I could tell when life was getting the better of Chris as he stopped running, something that he truly enjoyed.

Sixth, Chris was very thrifty.  I think part of that was also a reaction who how we were raised.  Regardless, it was sometimes almost comical in its application.  For example, the first new car he ever owned was a completely generic small economy vehicle.  No air conditioning.  Crank windows.  A standard transmission (Chris preferred standards; I can barely drive one).  AM radio.  I don't think the thing even had carpeting.

Seventh, Chris loved music.  His tastes in music generally were more bent towards the blues and jazz, with some Rolling Stones and The Doors thrown in for good measure.  My musical tastes, on the other hand, are nowhere near as diverse as his.

Eighth, Chis was incredibly gregarious.  Chris could literally walk up and talk to just about anyone.  For the most part, that's not something I enjoy doing.  Yes, Chris naturally was outgoing and engaging.  So many times in my life I wish I would have had that talent.

Finally, Chris had a wickedly funny sense of humor.  While we disagreed on many things in life, we absolutely shared a very similar sense of humor, with a good portion of it being (mostly) offensive.  There was this element of shock in humor that he enjoyed, including seeing the reaction of someone to something he would say.  Here are just a few examples:

Happy Birthday on the Other Side my brother.

Created By Stephen Albert at 11:57 AM