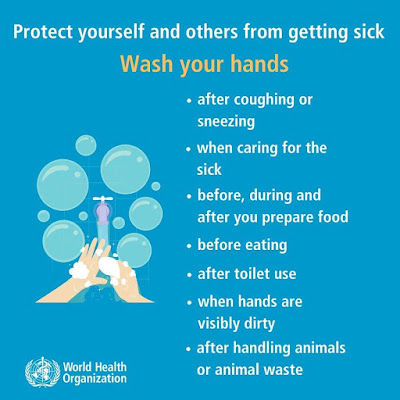 The brave new world continues, although, as previously noted, I do see change coming.  I honestly and sincerely hope that we end up in a better place after the worst of this has concluded.  I mean that in the most macro of senses, as I know that for some, the recovery here will be long and painful.  Think of your local small business that has so far been forced to close.

Here's some of the good that I think will come out of the pandemic:
Speaking of good news, actor John Krasinski has been putting on a weekly YouTube show called

SGN (Some Good News).  You can find all of them HERE at his YouTube channel.  The latest installment is noted directly below.

Watching these videos gives me hope for the future.

On a more local level (really as local as it can get, seeing as though the following is pretty much all in my head), having more time at home does have it's ups and downs.  Seeing as though this is the "Some Good News" edition of Exile on Corona Street, here's part of what I've been up to.
There are other things going on as well, but at this stage, the above is enough.  Hopefully any and everyone reading this is also using their new-found home time to make some improvements...of their residence, intellect, etc.

On that note, I'm going to call this posting concluded.  Please do be careful out there.

Created By Stephen Albert at 7:09 PM

Email ThisBlogThis!Share to TwitterShare to FacebookShare to Pinterest
Labels: Exile on Corona Street, Health, Leadership, Learning, Me, Me (Professional)